Twitter is freeing up dormant accounts, with hugely valuable handles available to the fastest fingers 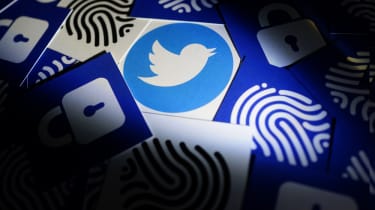 Businesses should be on high-alert throughout Twitter's December inactive account purge, because the perfect handle to increase brand awareness may be freed up.

Twitter doesn't often conduct mass purges of inactive accounts but with 330 million active users as of 2019, new businesses launching now will struggle to find the perfect social media handle due to so many already being taken.

Owners of accounts that haven't logged in for six months have been emailed to say their account is at risk of being deactivated if they don't log-in by 11 December. 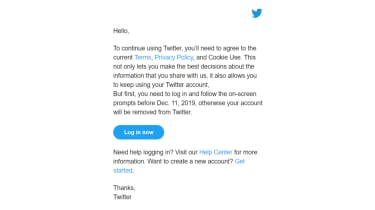 An exact date hasn't been set for the purge, but businesses should check every day after the 11th if they have their eye on a handle used by an inactive account.

Twitter told the BBC that it would be removing inactive accounts gradually, starting with users outside of the US so it may take some time and frequent checking to ensure a business is able to snag the handle it wants.

The purge won't just affect inactive users – deceased owners of accounts will likely have their handless freed as Twitter, unlike Facebook, doesn't yet support a memorialisation of accounts.

Owners of bot accounts will also have to log-in again or risk deactivation, as will accounts created for archival purposes.

How important is a Twitter handle for a business?

Whatever level of social savviness a business has, the great power of social media marketing is incontrovertible.

Platforms like Twitter are favoured by businesses as they are news-centric and allow a place for businesses to publish material, publicly interact with customers to build brand loyalty and generally give interested users updates on the business with no up-front cost.

But building a brand image can be difficult, especially for new businesses starting out. In a  world where the biggest and most trusted companies have their handles with no modifiers such as "TheReal-" or "-Official", finding an appropriate handle that doesn't scream "we're new to this" can be tough.

Pre-purge, businesses would have to resort to either asking nicely for account handles they wanted or resort to paying for them, something Twitter actively forbids.

For example, the banking and financial services company JP Morgan Chase reportedly offered a 'squatter' $20,000 for the @Chase Twitter handle.