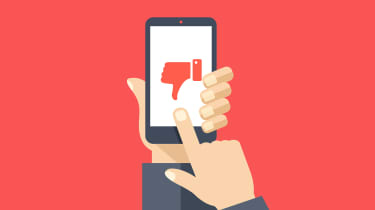 There’s a quote I first came across on Twitter during the context of a political scandal of some description that I keep coming back to. While the furore it refers to has now faded from memory, buried beneath an endless onslaught of controversies, the quote has stuck with me.

“If someone says it’s raining and another person says it’s dry, it’s not your job to quote them both. It’s your job to look out the window and find out which is true.”

It’s attributed to retired American journalism professor, Jonathan Foster, and illustrates the difference between balance and fairness, and how the quest for balance can often get in the way of the truth. Although the quote is about the practice of journalism, it's becoming increasingly applicable to social media, too. The world’s two biggest social media companies have once again been dragged into a public debate on whether or not they have a duty to hold their users to some standard of truth - sparked, of course, by one user in particular. 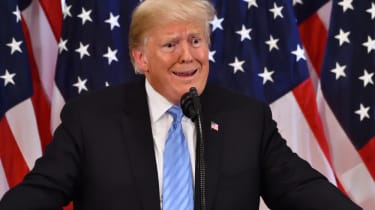 US president Donald Trump this week signed an executive order seeking to strip social media companies in general – and Twitter in particular – of the legal protections they enjoyed as public forums, rather than editorial publishers. His argument is that, by adding a small label to his demonstrably false and deliberately misleading public statements, Twitter is essentially taking an editorial stance.

This sounds ridiculous on its face; after all, how can fact-checking be a partisan issue? The sad reality, however, is that truth has become a partisan issue, and it’s largely the fault of social media companies.

Attention has been the currency of the internet for decades; since advertising is how the vast majority of websites pay their bills, they need to attract as many eyeballs as possible, and so sensationalism and hyperbole has been the overall tenor of the internet. Everything on the internet is the BEST THING EVER, or the ABSOLUTE WORST. Stories will SHOCK or DISGUST you; there is simply no middle ground.

This general tone has been the background radiation of internet discourse for years, but it’s been amplified beyond recognition by social media. Like every other online service, these companies need to keep users on their platforms as long as possible, so highly-shareable, viral content is promoted, rewarded and optimised for maximum transmission.

When this is cute cat videos or a ten-hour loop of Masterchef’s Gregg Wallace saying ‘buttery biscuit base’, this isn’t really a problem. Sadly, joy isn’t nearly as powerful an emotion as anger, and posts designed to shock and outrage are much more likely to be virally spread than harmless memes. The upshot of this is that social media has become increasingly toxic – a phenomenon that has been well-documented.

But it was in 2016 that the lid was truly lifted on this simmering digital cesspool.

On either side of the Atlantic, two separate political events took place that year that fundamentally altered the rules of society. Suddenly, blatant outright lies became an accepted political tool. In saner times, inflammatory and provably false claims were the sole province of conspiracy theorists and rabble-rousing demagogues, but from 2016 onwards, they’ve been a key part of mainstream political debate.

It’s easy for both users and providers of social media to dismiss wild pronouncements about political issues – such as the idea that the royal family murdered Princess Diana – as the ravings of online lunatics. When similarly wild allegations are coming from news broadcasters and world leaders, that background radiation of conspiracy theories and outright lies turns into a full-blown Fukushima of falsehoods, and the concept of truth itself has been so poisoned that any evidence contradicting a particular worldview can simply be dismissed as biased propaganda, or a lie itself.

Today, Trump constantly makes untrue statements about everything from mail-in ballots being rigged to a news anchor murdering his employee, and faces little or no censure from his party or the press. Worse still, those claims are amplified and repeated by his legions of social media fans. The same is true in the UK – just look at the vociferous defence of Dominic Cummings from various sections of the right-wing commentariat.

All of this also fuels the far end of the conspiracy theory spectrum, as the idea that 5G is somehow linked to coronavirus – something for which there is no scientific proof – becomes commonplace enough that telecoms masts up and down the country are targeted by mobs of vandals and protesters.

Social media has fuelled this whole problem. Figures like Alex Jones and Donald Trump do not exist in a vacuum; their populist lies are only a viable self-promotional tactic because Facebook and Twitter have engineered a global discourse where mass hysteria is the most profitable outcome. They are integral to the continued spread of damaging falsehoods, and if the situation continues to worsen, the entire concept of objective truth may be fundamentally undermined beyond repair.

Facebook and Twitter have a responsibility to fix the mess they’ve created. There is a difference between not wanting to police morality or ideology, and simply being too cowardly to take a stand. Some things are provably incorrect; banning the spread of such statements doesn’t infringe anyone’s rights. The mainstream press won’t fight this problem, and the legal system can’t – it’s time for social media to do the right thing.