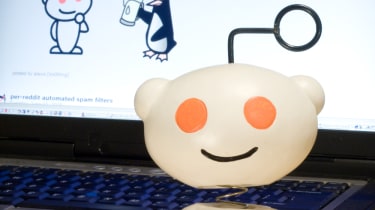 Many of Reddit’s most popular subreddits have banded together in protest of the platform’s hate-speech policies. The protest follows criticism from the company’s former CEO Ellen Pao, who tweeted that the social media company “monetizes white supremacy and hate all day long.” Pao’s post was in response to current Reddit CEO and co-founder Steve Huffman claiming the Reddit community does “not tolerate hate, racism, and violence, and while we have work to do to fight these on our platform, our values are clear.”

The virtual protest included privatizing some of Reddit’s most popular subreddits. Many subreddits also banned new posts for up to a full day or for 8 minutes, 46 seconds to honor George Floyd, the black man who died while in the custody of Minneapolis police officers last week.

“The AskReddit moderators have decided to disable posting for 8 minutes and 46 seconds — the time George Floyd was held down by police — and we will lock comments on front page posts,” reads a note posted by a moderator of r/AskReddit. “Our hope is that people reading this will take a moment to pause and reflect on what can be done to improve the world.”

“Reddit has announced its alignment with antiracist protesters. We demand to know: where are the actions to back up the words? The Reddit administrators’ policies have made their site downright hospitable to exactly the kinds of racists and fascists against whom it claims to be protesting,” a moderator of r/TrueCrime posted when announcing its participation in the virtual protest.

The death of George Floyd has sparked nationwide protests demanding action against police brutality on black Americans. At this time, the officer responsible for Floyd’s death has been charged with second-degree murder.