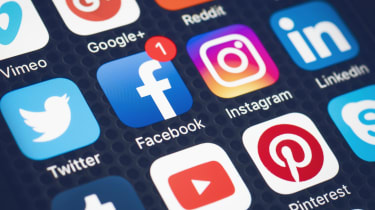 Most Americans don’t trust social media companies to decide what content they should allow on their respective platforms, but they trust them more than they do the government, according to a survey by Gallup and the Knight Foundation.

The survey, which was released on Tuesday, comes at a time when debates surrounding content moderation on social media platforms have intensified.

Though 8 in 10 respondents said they don’t trust tech companies to make the right content moderation decisions, 55% preferred companies making such rules, rather than governments. Overall, more than 8 in 10 respondents said they would prefer an independent content oversight board to manage policies related to content moderation.

The survey also found that 65% of Americans favor allowing social media users to express their views on social media, even if those views may be deemed offensive. Further, 85% of survey respondents were in favor of removing intentionally false or misleading health information and 81% were in support of removing intentionally misleading claims related to elections and other political issues.

When it comes to Section 230 of the Communications Decency Act, 54% of respondents claim the law has done more harm than good because it doesn’t hold social media companies accountable for illegal content posted on their sites. Meanwhile, 44% say Section 230 has done more good than harm because it’s provided social media users with a place to communicate and share their views.

Oddly enough, 66% of Americans support keeping Section 230, while only 31% favor changing the law.