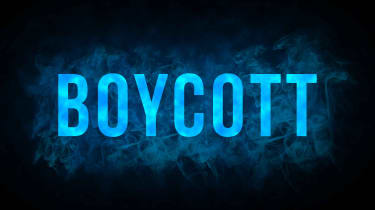 Facebook is in the news again, and that’s never good for the social media behemoth.  The #StopHateForProfit campaign calls on big advertisers to boycott and pull their ads from Facebook in July in an effort to stop hate speech.

The campaign,’s intention is to get Facebook to do more to combat hate speech and misinformation on its platform. The #StopHateForProfit website states, “We are asking all businesses to stand in solidarity with our most deeply held American values of freedom, equality and justice and not advertise on Facebook's services in July.”

The website claims that Facebook makes 99% of $70 billion dollars in profit through on-site advertising. The hope is the threat of getting hit in the pocketbook will make Facebook dedicate more money toward combating hate speech.

“Could they protect and support Black users? Could they call out Holocaust denial as hate? Could they help get out the vote?” the website declares.

#StopHateForProfit was created by a coalition of civil rights groups, including the NAACP, Anti-Defamation League (ADL), Sleeping Giants, Free Press, Colors of Change and Common Sense.

Derrick Johnson, NAACP President and CEO, says in a blog post on the ADL website, “While we recognize the value that Facebook provides in connecting people of color with one another, we call into question a platform that profits from the suppression of Black votes or Black voices.”

The #StopHateForProfit movement includes a list of product recommendations for Facebook to provide support for people who are targets of hate and racism.