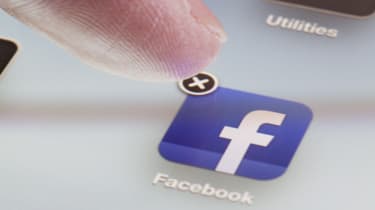 Facebook announced on Tuesday it has designated the boogaloo network as a dangerous organization and is banning it from the social networking platform.

Though the network uses the term boogaloo to describe itself, it’s distinct from the loosely-affiliated boogaloo movement as the latter actively seeks to commit violence.

Facebook has banned the network from having a presence on its platform, calling it a  “violent US-based anti-government network”.

“As part of our designation process, we will now identify where we can strengthen how we enforce our policy against this banned network and spot attempts by the violent US anti-government network to return to our platform,” said Facebook.

Facebook designates non-state actors under its Dangerous Individuals and Organizations policy based on a process that takes both online and offline behavior into consideration.

“More recently, officials have identified violent adherents to the movement as those responsible for several attacks over the past few months. These acts of real-world violence and our investigations into them are what led us to identify and designate this distinct network,” Facebook explained.

Steven Carrillo and Robert Justus, boogaloo supporters, were recently charged in the May 29 killing of a security guard at a federal courthouse in Oakland. According to federal prosecutors, the two met through a boogaloo page on Facebook.

Facebook concluded its announcement of the ban, adding: “We will continue to study new trends, including the language and symbols this network shares online so we can take the necessary steps to keep those who proclaim a violent mission off our platform.

"We know that our efforts will never completely eliminate the risk from this network, or other dangerous organizations, but we will continue to remove content and accounts that break our rules so we can keep people safe.”