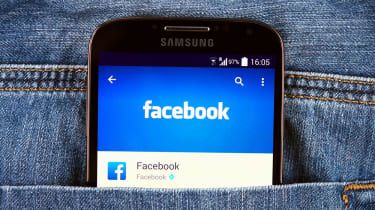 The Stop Hate for Profit group has outlined 10 steps it would like Facebook to take to address hate speech and misinformation on the platform.

Among the group’s top requests is for Facebook to hire a C-suite executive with civil rights expertise.

Spearheaded by Jonathan Greenblatt, chief executive of the Anti-Defamation League, Rashad Robinson, president of Color of Change, and Derrick Johnson, president and CEO of the NAACP, the Stop Hate for Profit campaign says it's time for Zuckerburg to address Facebook’s impact on society. To do so, the group has outlined 10 recommended steps for Facebook to take.

The group’s first request calls on the social media giant to “establish and empower permanent civil rights infrastructure” by hiring a C-suite executive with civil rights expertise “to evaluate products and policies for discrimination, bias, and hate.”

“If they have civil rights leadership that’s experienced in the C-suite, it will keep the company accountable on those issues,” Greenblatt told The Wall Street Journal.

Other recommendations from the group include participation in third-party audits of identity-based hate and misinformation on the platform. The group says the results of such audits should be published on a publicly accessible website.

Stop Hate for Profit has also called on Facebook to adopt common-sense changes to curb radicalization and hate on the social media network. The group stresses the need to build teams focused on reviewing submissions of identity-based hate and harassment.

Though Carolyn Everson, vice president of Facebook’s Global Business Group, previously told advertisers Facebook wouldn’t update its policies based on revenue pressure spurred by the ad boycott, a Facebook spokeswoman told the WSJ: “We share the goal of these organizations; we don’t benefit from hate and we don’t want it on our platforms.

"We look forward to hearing directly from these organizations and sharing an update on the investments we’ve made and the work we’re continuing to do.”

Stop Hate for Profit launched its campaign on June 17. Companies currently participating in the campaign include Adidas, Boeing, Mozilla, Patagonia, Verizon and others.