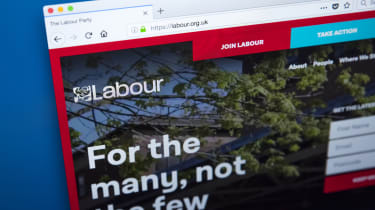 The UK's Labour Party has joined the advertising boycott of Facebook, which was started last month in an effort to stop hate speech present on the social media platform.

Speaking to the BBC, shadow minister Rachel Reeves said that the party wanted “to express our concern about the failure of Facebook to take down some hateful material” and show “solidarity with the Black Lives Matter movement”.

The Facebook advertising boycott was started by the #StopHateForProfit campaign following the alleged murder of George Floyd by police forces in the US city of Minneapolis on 25 May.

As Facebook reportedly makes 99% of $70 billion dollars in profit through on-site advertising, the campaign asks “all businesses to stand in solidarity with our most deeply held American values of freedom, equality and justice and not advertise on Facebook's services in July”.

“All MPs in the Labour Party use Facebook to get across our message, but what we're not doing at the moment is advertising on Facebook,” Ms Reeves told the BBC.

“And that is in solidarity with the Black Lives Matter campaign but also in line with what many businesses are doing this month, which is to express our concerns about the failure of Facebook to take down some hateful material from their platform and take more responsibility for the lies and propaganda that are sometimes put out there on Facebook.

"Facebook needs to do more to take responsibility and this is just one way that businesses and the Labour Party and others can put pressure on Facebook to do the right things and take tougher action on hate crime and hate speech,” she said.

Brands such as Unilever, Boeing, and Adidas are also participating in the boycott, as are tech companies such as Mozilla and Verizon, which announced on Thursday that it would be pulling its advertisements from Facebook and Instagram.

Last week, the Stop Hate for Profit group outlined 10 steps it would like Facebook to take to address hate speech and misinformation on the platform. Among the group’s top requests is for Facebook to hire a C-suite executive with civil rights expertise.