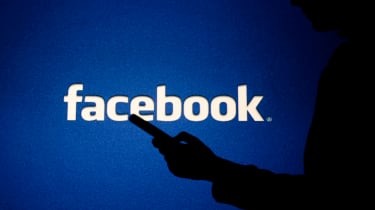 Facebook has accused Apple of forcing it to remove a message from its iPhone app that informed users about the company's mandatory 30% App Store "tax".

Facebook recently announced plans to release a new tool that would let online influencers and small businesses host paid online events as a way to offset revenue lost during the COVID-19 pandemic. At the time, Facebook said it would allow creators to keep 100% of the revenue they generate - unless the user is paying using an iOS app.

Due to Apple’s in-app purchase fees, which the company allegedly refused to waive despite Facebook's pleas, the social network said it planned to label online event ticket purchases with a message that read: “Apple takes 30% of this purchase."

However, Facebook told Reuters this week that Apple blocked it from pushing out this message on the basis of it being "irrelevant" information.

“Now more than ever, we should have the option to help people understand where money they intend for small businesses actually goes,” Facebook said in a statement.

“Unfortunately Apple rejected our transparency notice around their 30% tax but we are still working to make that information available inside the app experience.”

Facebook isn't the only company to have recently called out Apple's 30% fee on in-app purchases, as the company is currently embroiled in a legal row with Fortnite creator Epic Games over the same issue.

The developer attempted to bypass Apple's proprietary payment system by announcing a 20% discount to users who purchase the game’s virtual currency directly from Epic, which prompted Apple to remove the game from the App Store. It also

In response, Epic filed a lawsuit against Apple and released a video lambasting the company's decision based on its own classic 1984-themed advertisement.