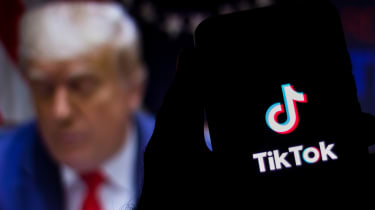 On Thursday, President Donald Trump said he would not extend the Sept. 20 deadline for Beijing-based ByteDance to divest its TikTok operations in the U.S.

"We'll see what happens it'll either be closed up, or they'll sell it," Trump said before boarding Air Force One at Joint Base Andrews, adding that there will also be "no extension of the TikTok deadline."

President Trump’s Aug. 14 executive order claimed there was evidence that ByteDance "might take action that threatens to impair the national security of the United States." A separate executive order, signed on Aug. 6, gave ByteDance 45 days to divest its U.S. operations before banning it in the U.S. TikTok sued the Trump administration in response.

"We far prefer constructive dialogue over litigation," TikTok stated. "But with the Executive Order threatening to bring a ban on our US operations — eliminating the creation of 10,000 American jobs and irreparably harming the millions of Americans who turn to this app for entertainment, connection, and legitimate livelihoods that are vital especially during the pandemic — we simply have no choice."

ByteDance has since been seeking a buyer in the U.S. so it can finalize a deal by mid-September and comply with Trump’s executive order. To date, Oracle, Microsoft and Walmart have submitted bids for the popular video-sharing app.

Republican Senator Josh Hawley, an ally of President Trump, told Reuters on Thursday he didn’t support a deadline extension either and wouldn’t support an outcome that didn’t include a complete sale.

“I’m sure there are any number of backdoors that are built into the code and of course ByteDance knows exactly what they are, so there needs to be a clean, clear, total separation,” Hawley stated.

A looming deadline isn’t the only problem plaguing TikTok, either. Tightened restrictions concerning artificial intelligence (AI) technology exports in Bejing have forced ByteDance to determine if it can include its all-important core algorithms in the sale.