The app will combine G Suite services into one single mobile entity, according to reports 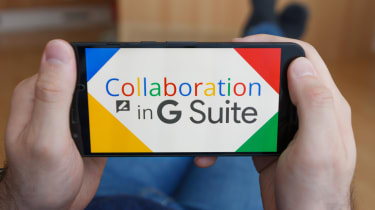 Google is reportedly gearing up to take on Slack and Microsoft Teams with its own business communications app.

The app will combine its raft of G Suite services, including Gmail, Google Drive, Hangouts Meet and Hangouts Chat, into a single mobile entity, according to The Information, which cites two people who have used it.

A prototype of the app is currently being tested internally at Google, with the CEO of its cloud division, Thomas Kurian, reportedly sharing details about the project with cloud salespeople and business partners.

The tech giant announced a range of AI and communication-based features at its Cloud Next conference in November, including voice assistant capabilities for parts of G Suite, smart compose functions for Google Docs and a new video chat feature on Gmail.

More recently, it demonstrated a real-time translation feature for Android that will allow users to hear one language and read it in another.

If the reports are true, the new comms app could see Google in the middle of Slack and Microsoft's on-going battle for business communications.

Microsoft Teams is currently the more popular service with 13 million active users, according to figures released in July 2019. However, the numbers are boosted by companies using Office 365, of which teams is an integral part. It's worth noting that Google's rumoured new app is said to be part of its G Suite service and so could fulfil a similar role.

Slack is also hugely popular, particularly with startups, where it has 10 million daily users according to the latest figures. Despite falling behind Microsoft Teams, the company has called out the tech giant on a few occasions.

In November, Slack tweeted a video suggesting a Teams advert had copied one of its own and captioned the tweet "ok boomer". The company's CEO Stewart Butterfield has also criticised Microsoft for its "surprisingly unsportsmanlike" behaviour bundling Teams into Office 365.