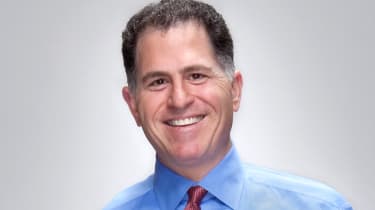 Dell Technologies has confirmed the possibility it might sell itself to VMware to become a public company again.

The news comes courtesy of a public filing with the Securities and Exchange Commission (SEC) last Friday that outlines the potential routes to the public market that Dell is considering.

While Dell remains a private company since its $24.4 billion share purchase in 2013, it owns over 80% of publicly-traded virtualisation giant VMware, meaning it was forced to make an official announcement of its intentions.

The filing revealed the three possibilities Dell is considering: continuing life as a private company; plotting a course for an IPO; or merging its business with VMware.

"Nothing has been decided and alternatives are just being considered at this stage," said CEO Michael Dell in an internal company statement, posted as part of the filing. "While this process continues, it is business as usual for team members, customers and partners with no changes to current structures, practices and processes.

"For my part, I remain completely committed to our mission and extremely excited about the opportunities ahead."

After going private, Dell bought EMC for $67 billion in 2015, which is how it acquired its majority stake in VMware, but racked up huge debts doing so, reportedly in the region of $50 billion, and trading publicly once more would help it reduce this debt.

Analyst house TechMarketView's chief research officer, Kate Hanaghan, said: "Looking at the options Dell is exploring, it's clear the firm is not considering a trade sale. It comes as no surprise that an IPO of Dell Technologies Common Stock is, however, one of the possibilities it is looking at. That would take Dell back into the public spotlight and help clear more of the debt it currently holds."

Dell Technologies may be about to go public through a reverse-merger deal with cloud computing giant VMware, a move that could be the largest tech deal in industry history.

The deal would see Dell sell itself to VMware, a company that Dell already has a majority stake in, as an alternative route to going public, avoiding the traditional path of an IPO, according to sources speaking to CNBC.

Doing so would allow backers of Dell's decision to go private in 2013 a means of monetising their initial investment, while giving the company a way of paying off substantial debts it's carried from acquisitions made while private, according to the report.

Sources close to the company told CNBC that a strategic position was yet to be decided, and that Dell could choose to either IPO in a traditional sense, sign new acquisitions, or even buy the leftover stake in VMware it currently doesn't own.

The reverse-merger option, which is considered to be one of the more sensational strategies Dell could choose, would see VMware issue shares to CEO Michael Dell and private equity firm Silver Lake, which could then be sold to the public as a way of monetising their initial investment in the company.

Dell decided to take itself private in 2013 in a $24.4 billion deal with the help of Silver Lake, later acquiring EMC for $67 billion in 2015, still the largest tech acquisition to date, granting the company an 80% stake in VMware in the process. However, it's thought that Dell accrued almost $50 billion in debts following its EMC deal, which is suspected to have been the catalyst for the public move.

The CNBC report suggests that the reverse-merger would be higher in value than the cumulative cost of the EMC acquisition and the money Dell paid for its own shares to go private.

IT Pro has contacted Dell and VMware for comment on the reported reverse-merger.

Dell's interest in going public was first reported last week (see below), with sources suggesting the company's board would be meeting later in the month to discuss potential options. However, Dell is unlikely to sell the company outright, or sell-off its majority stake in VMware, according to CNBC sources.

After just four years of being a private company, Dell Technologies is reportedly looking to go public again.

According to Bloomberg, the firm's CEO Michael Dell is considering the move to take Dell public again in a bid to raise cash and reduce the company's substantial debt.

People "familiar with the matter" said the board will be meeting later this month to discuss strategic options including an initial public offering (IPO). If true, the IPO would undo one of the biggest buyouts the tech industry has ever seen.

However, the outcome of the talks might not lead to an IPO, the sources said, as it's very early days.

Following weeks of speculation, Dell announced it was going private back in February 2013 in a $24.4 billion deal which was realised before the end of the second quarter.

The transaction was funded by Michael Dell himself, who decided to stay on as the firm's CEO, as well as Silver Lake, MSD Capital, and a $2 billion loan from Microsoft. Under the terms of the deal, Dell stockholders received $13.65 in cash for each share of Dell common stock they hold.

It was going private that aided Dell (as the company was known then) in acquiring EMC in 2015. At the Dell World conference of the same year at the firm's home town in Austin, Texas, Dell himself talked up the benefits of being a private company. He said that after taking his firm off the stock market, he "kept being asked if we would still do acquisitions" so thought: "Well, go big or go home, baby!"

He added that, when the company was taken private, he described it as "the world's biggest start-up".

"When we take EMC private, wow - who knew how big a startup could be," he joked.

One of the main benefits of uniting Dell and EMC was that the combined company will cover businesses of all sizes, from the smallest SMB to the largest enterprise.