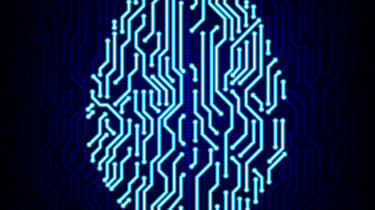 Senior executives from backup specialist Commvault have outlined plans to build a unified platform with seamless integration between data management and storage capabilities.

The ambition to build what Commvault identifies as a 'unified data brain' follows its $225 million purchase of the software-defined storage startup Hedvig in September, the first major acquisition in its history.

Outlining the plans at Commvault's annual GO conference this week, CEO Sanjay Mirchandani suggested the concept ties directly into the company's vision for decoupling data from apps and infrastructure in an increasingly multi-cloud landscape.

"It refreshes, in some ways, how you and I think about primary and secondary storage, in the more traditional sense," Mirchandani told customers and partners in his keynote address. "It needs a rethink - this whole thing needs a rethink.

"Internally, I've been calling this, somewhat playfully, so pardon me the playfulness of this, the data brain. And what the data brain is, if I'm to oversimplify it conceptually, is the plane upon which data and storage run in a unified way; run together. The brain encapsulates these two sets of functionality."

Mirchandani was specifically referring to the integration programme for Commvault and Hedvig technologies. Following the acquisition, there will be three workstreams within the company.

These will comprise two development teams working on Commvault and Hedvig tools respectively, as well as a third, "fun" overlay team that will work on the integration process. This third stream will gradually identify which elements to integrate, and when to do so, as well as testing the functionality along the way.

The main purposes for this vision, and the integration, centre on reducing the impact of data fragmentation and data complexity in a business landscape that's increasingly moving towards hybrid cloud and multi-cloud environments.

The plans, however, were met with a degree of scepticism from analysts, who questioned various aspects of the concept in a press Q&A spanning from whether there is demand, to whether this would represent a "single point of failure".

In terms of distribution, for now, Hedvig's tools will be marketed and sold to customers under its existing, standalone identity, with integration to follow in the coming months.

Commvault's vice president for storage products and services, Don Forster, suggested there should be solid progress by December, with several further targets set for the early months of 2020, and up to the beginning of the next fiscal year.

"One of the mandates is let's do the integration but in a way that we don't break their business," he told IT Pro.

"Let's not break their business as we do the integration. So part of that, of course, is making sure customers are clear, and not confused, about what's what at this point.

"I can probably guarantee we're not done with how we're going to take the brand, we're just trying to figure out the right strategy. Does it happen over time? Do we wait until the full integration when these technologies are really tight, or do we do it over a step-timeframe?"

He added Commvault will run the engineering for Hedvig separately, with the overlay team driving the specific integrations; angling the two technologies together until the point at which integration will work seamlessly.

Specifically, the team will first monitor the overall experience, from initial implementation to long-term support. This ranges from the 'call home' functionality in both systems, as well as the general operation experiences. Beyond that, the next phase will involve unifying how the API calls are made.

Commvault's overlay team will then work to establish how to evolve the products together in such a way that Commvault's data management platform can reside and run in-sync with the Hedvig storage platform.

Foster added the embodiment of this vision, and what form this takes, is still to be determined, with Commvault deliberating over whether this would be an entirely new brand or product type, like Metallic, or feed into the functionality of Commvault's existing tools.