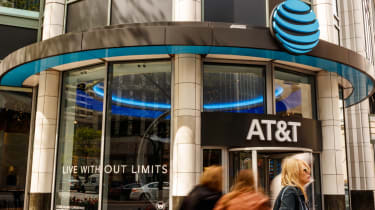 US telecoms giant AT&T Communications has signed what's thought to be a multi-billion dollar cloud partnership agreement with Microsoft to aid the firm's 'public cloud-first' strategy.

Microsoft will embark on a non-exclusive multi-year alliance with AT&T Communications to build on progress made in cloud computing, artificial intelligence (AI) and 5G networking. Azure will also be the preferred provider for non-networking applications, the cloud company announced.

The industry giant will also tap into AT&T's geographically-dispersed 5G network to design and build edge-computing capabilities, as well as Internet of Things (IoT) devices.

The deal will also see AT&T employees migrate to Microsoft's Office 365 suite of apps and services, with the company also planning to move most of its non-networking workloads to the public cloud by 2024.

This deal has come just a day after AT&T announced a similar partnership with IBM and its recently-acquired subsidiary Red Hat. On the surface, this second multi-billion-dollar agreement is similar to Microsoft's deal, but centres on its business side.

"Today's agreement is another major step forward in delivering flexibility to AT&T Business so it can provide IBM and its customers with innovative services at a faster pace than ever before," said IBM's senior vice president for cloud and cognitive software Arvind Krishna.

"We are proud to collaborate with AT&T Business, provide the scale and performance of our global footprint of cloud data centers, and deliver a common environment on which they can build once and deploy in any one of the appropriate footprints to be faster and more agile."

The deal will allow AT&T to host business applications on IBM Cloud, and the networking firm will also use Red Hat's open-source platform to manage workloads and applications. AT&T Business will have greater access to the Red Hat Enterprise Linux and OpenShift platforms as part of the deal.

IBM will be the main developer and provider for AT&T Business, the telecoms giant's enterprise arm. Meanwhile, IBM will help to manage the IT infrastructure of the wider organisation both on and off-premise, as well as on public, private and hybrid cloud.

Just as with AT&T and Microsoft, the two companies will also collaborate on edge computing platforms to allow enterprise clients to take advantage of 5G networking speeds as well as IoT devices. The wider aim is to reduce latency and dramatically improve bandwidth for data transfers between multiple clouds and edge devices.