Formerly known as Office 365, Microsoft's app suite has had a number of new additions 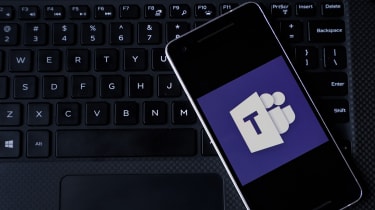 Microsoft’s broader suite of productivity and business apps doesn’t always get as much attention as other areas like Windows or Azure during developer conferences like Build, but this year’s show saw some notable announcements for customers.

The most eye-catching is a brand-new addition to the portfolio in the form of Microsoft Lists, but there were also previews of some of the smart under-the-hood features that Microsoft is planning to bring to its apps in the near future.

Just weeks after Microsoft finally shuttered the popular Wunderlist productivity app that it purchased in 2015, the company has announced its own souped-up productivity tracker in the form of Microsoft Lists. The latest addition to the Microsoft 365 portfolio, Lists integrates with Teams, SharePoint, Excel and other products, and will start rolling out this summer.

The app acts as a super-powered amalgamation of to-do list, calendar and project management tool, allowing you to share lists with team members, categorise them with labels and other data, and even create simple automation rules to automatically update specific fields or notify certain people. Developers can also use Power Apps and Power Automate to make Lists even more flexible.

Previously announced at last year’s Ignite conference, the Fluid Framework is Microsoft’s latest effort to integrate its Office apps by allowing users to create and embed dynamic components that can be ported and accessed between apps, and this year’s Build saw the first demonstration of how it’s going to work in practice. The system is based on compartmentalising elements into ‘Fluid Components’; for example, if you wanted to add a table to an email, you could click a button in Outlook and import it directly from an Excel spreadsheet.

What’s really impressive, though, is that the components are still linked to the files. So you can update the table without leaving the email, and that change will be instantly synced to the spreadsheet, and if one of your colleagues goes into the spreadsheet and amends it, the table in your email will update in real-time.

Microsoft is planning to support a broad range of Fluid Components including tables, lists, charts and more. The functionality will be available in early preview for certain Microsoft 356 Enterprise and education subscribers starting in a few months, although it will be limited to web-based Office and Outlook apps for now. The company is also going to be making Fluid Framework open source, and is inviting developers to help build out its capabilities.

Part of Microsoft’s mission to bring AI into as many businesses as possible, Project Cortex was also announced at Ignite last year as a way to apply AI-based analysis to the Microsoft Graph in order to automatically categories and organise knowledge resources throughout an organisation. Project Cortex will go into general availability within the next few months, but there are now new developer APIs accessible to more than 75 organisations who are participating in the private preview programme.

Back in March, Microsoft announced a new app integration for Teams, which would allow customers to manage appointments and schedules with the general public from within the app. This is now generally available after being trialled with customers including healthcare organisations such as Huddersfield NHS Foundation Trust for both physical and virtual appointments. Administrators can manage appointments on behalf of multiple departments, and the Microsoft Graph API can be used to integrate the system into existing workflows and internal apps.

Shifts is a similar tool for managing employee schedules and rotas within Teams, and Microsoft has now released Graph APIs for developers to integrate it with third-party staff management platforms, and new Power Automate actions for building Shift actions into workflows across different apps. New triggers and templates will also help automate and optimise processes within the app to save time.

Bing has suffered in popularity compared to Google, but Microsoft is attempting to make it more attractive to business users with the general availability of a ‘WORK’ tab for enterprise Office 365 customers. Appearing below Bing’s main search bar, this tab (if enabled by admins) surfaces results specific to that organisation, including internal domains, staff profiles, dashboards and reports.

Microsoft is pouring resources into developing its Teams collaboration software in a bid to keep up with Slack. That includes new tools to make it easier for developers to build Teams apps, such as the newly-announced extensions for Visual Studio and Visual Studio Code. These extensions are currently in public preview, and give devs an easy way to build, configure and publish apps specifically for Teams from within their IDE.

It’s also streamlining the integration between its Power Platform tools and Teams with simpler UIs, enabling more granular permissions for the Teams Microsoft Graph API, making it easier to submit and manage Teams apps and giving admins the ability to create custom templates for users who want to set up a new team.

Elsewhere, Azure Active Directory Single Sign-On will soon mean that users won’t have to sign in to apps within the Teams client in order to use them, will be able to pop out certain apps and channel tabs into a new window and will be able to trigger context-specific actions from messages on mobile. Teams apps will also soon be able to access mobile device features like location and camera functionality, and new security and permissions features will allow admins to give greater control and flexibility to team owners and end-users without impacting global access permissions.

Developers will also be getting the ability to run code within Teams for the purposes of previewing and collaborating with colleagues, in a feature which is being dubbed ‘Code Conversations’.

Microsoft Bing for Commerce - the company’s solution for retailers that want to embed search functionality within their own sites and apps -  is being updated with new analytics and AI tools, included simple guided workflows for implementing them. Version 1 of the Bing for Commerce SDK is also available now, allowing devs to implement the technology in a variety of programming languages including Java, C# and Python. Finally, customers will soon be able to integrate the software directly into their DevOps pipelines for faster iteration.

Alongside the back-end developments to Edge, Microsoft has announced some user-facing changes to its browser as well. Users will be able to perform a search in the Edge sidebar via the context menu without having to open a new tab (with results including intranet content for users who are signed in with an Azure Active Directory account), and when users try and open a link requiring enterprise credentials, they’ll be automatically asked if they would like to switch profiles. Commercial customers will also receive support for on-premise syncing of their Edge data.

Microsoft recently resurrected the much-loved PowerToys add-on for Windows, comprising a number of tools and utilities for customising various OS features. Windows power-users will be glad to hear that new capabilities have now been added with the PowerToys 0.18 release, including an application launcher shortcut that’s oddly reminiscent of macOS’ Spotlight feature, and a tool for customising your keyboard inputs by remapping key bindings and shortcuts at a system level.

For those organisations still using Yammer, users can now like, view and reply to Yammer posts that they’ve been tagged in directly from Outlook without having to open Yammer. This feature was announced at last year’s Ignite and released for the Outlook web app in March, but is now generally available for all customers.