How a free version of Windows can land you in jail – if you print 28,000 copies of it, that is 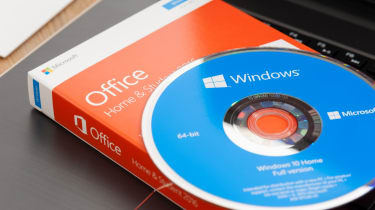 The difference between software and a software licence isn't something most of us concern ourselves with Windows comes installed on our laptops, and that's the end of it. But for people who run their business' IT or refurbish old machines, it's a fine line that can be very costly.

Just ask Eric Lundgren. He has plenty of time to mull the distinction, as he's been jailed for 15 months over this key distinction. He's a tech entrepreneur who's focused on e-waste and recycling a problem that sees Americans chuck out 3.4 million tons of devices each year. Recycling is key to battling that waste and, when it comes to computers, that often means extending their usable lifespans by refurbishment.

Rebuilding a PC means you need to reinstall Windows. If you have the original install disc or licence key, you're set, as you can download a fresh copy of Windows for free directly from Microsoft. If you don't have a licence, registered refurbishment companies can buy a licensed copy for $25.

Despite such offers from Microsoft, Lundgren clearly thought there was a market for restore discs that didn't include a licence. He bought a shipment of 28,000 dodgy Microsoft restore discs in counterfeit Dell packaging and sold them on to computer refurbishers in Florida. Then, one day, armed federal agents kicked in his door at 5 am, he told The Verge. He wasn't actually at home, but he hopped on a flight to face the music.

Lundgren pleaded guilty, but he doesn't think he cost the company any money. His argument is that the restore software on the discs has no value: if you're restoring your Windows-running PC, you can download that software for free online from Microsoft but the software must be validated with a licence key. Lundgren says he redistributed and sold the software, but not a licence to go with it.

Microsoft has its own version of events. Frank X Shaw, Microsoft's vice president for communications, blogged that "Microsoft's role in the case and the facts themselves are being misrepresented". Stressing that the US government targeted Lundgren without any involvement from the Redmond giant, Shaw pointed to an email used in court that showed Lundgren intended to profit from the sales and tried to make the "counterfeit software look like genuine software", telling partners to pass it off as genuine Dell discs to "less discerning customers" in case tech-savvy sorts spotted the difference.

Microsoft also points out that efforts such as Lundgren's are unnecessary: thousands of refurbishers are signed up to its programme to get a fresh version of Windows for $25.

What did the court think? The prison sentence answers that, with an appeals board noting that Lundgren was distributing to refurbishers, and the use of the Dell logo didn't help him.

It all seems a lot of hard work to save $25 or to avoid a download. Why would anyone buy a dodgy disc when they can download the content for free? There are a few reasons, albeit with good retorts. How do you download an OS when your computer is kaput? (Ask a friend). How do you make a restore disc when you don't have a DVD burner? (USB is an option). Plenty of people, faced with such hurdles and unarmed with any tech skills, simply turn to a repair shop or to tech-savvy friends. Perhaps alongside coding in schools, they should teach PC maintenance.

Now that Microsoft is done defensively blogging that it's not to blame for the harsh sentence, it should sit back and reconsider if there's a better route to take here, making it so easy to refurb a PC that no-one turns to dodgy discs or less than reputable repair shops. Whether or not Microsoft lost hundreds of thousands of dollars in sales because of Lundgren is up for debate, but there's no question too many useful PCs are being dumped in landfill. That's the real battle we should all be fighting.