Is Microsoft killing off Windows 7 early?

Support ends in early 2020, but the axe has already fallen for some 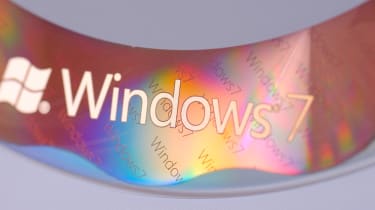 There are 545 days until Microsoft ends support for Windows 7. At least, that's the official deadline, as stated on the company's 'Windows lifecycle fact sheet'. But some people have interpreted Microsoft's recent behaviour as a sign it's desperate to wash its hands of Windows 7 before 14 January, 2020.

First, in early June, it announced it will no longer answer technical problems in the Windows 7 Community forums (along with the forums for 8.1, and the 2010 and 2013 editions of Office). Users can still reply to each other's questions, but Microsoft's 'agents' will focus on other forums, such as those for Windows 10 and Office 2016.

This decision won't be mourned by anyone who's been baffled over the years by the agents' jargon-stuffed responses, but it may worry those who question Microsoft's current commitment to Windows 7. Those doubts were reinforced in mid-June when Microsoft changed its mind about fixing a bug in Windows 7.

SSE2 isn't new. Intel released it in 2000 as part of its Pentium 4 processor a 1.4GHz chip that, by today's standards, is very slow. Microsoft may reasonably argue it has become obsolete, and falls under the definition outlined in its 'operating systems policy' of "older products" that "can't meet today's more demanding security requirements". But that's not what Microsoft said.

Instead, for three months, it claimed to be "working on a resolution and will provide an update in an upcoming release". That promise was replaced by advice to "upgrade your machines with a processor that supports SSE2 or virtualize those machines". In other words, Microsoft has given up trying to fix it, and instead wants you to run Windows 7 on a virtual desktop or, preferably, buy a shiny new Windows 10 computer.

But Microsoft has never previously said SSE2 was essential to Windows 7. It's not part of the operating system's technical requirements. Users shouldn't have to deal with such nasty surprises nine years after the OS launched. And they certainly shouldn't be strung along for three months by Microsoft, waiting for a fix that it now seems was never likely to materialise.

Why did Microsoft take this decision? It probably calculated that a few weeks of negative headlines are worth absorbing if it meant avoiding the cost and hassle of fixing the bug. But it's probably underestimating how many people use Windows 7 on old computers.

Despite Windows 10 being a free upgrade and marketed heavily, it took two-and-a-half years from launch to overtake Windows 7 as recently as December 2017. Latest figures show that 39% of Windows users run Windows 7, while 46% run Windows 10.

Given that Microsoft claims the latter is installed on 700 million devices (albeit including non-PC machines like the Xbox), it means around 600 million computers still run Windows 7. Many millions must now be doing so on computers that Microsoft has in effect abandoned.