Windows 7 is no longer supported, so you better upgrade, sharpish... 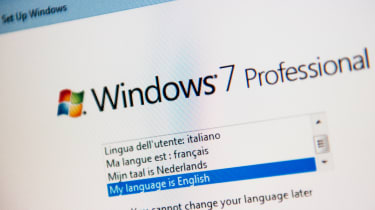 For those still using Windows 7, the deadline to upgrade from it has passed; it's now an unsupported operating system. So unless you want to leave your laptop or PC open to bugs, faults and cyber attacks, you best upgrade it, sharpish.

If you're reading this and haven't moved on to Windows 10, it just goes to show the popularity of Windows 7. It was one of the most loved PC operating systems, still raking in 36% of active users a decade after its initial release. That's not far behind the 43.6% running Windows 10.

Sadly, no amount of popularity will protect your now un-secured computer, so here is everything you need to know about moving on...

Why does this mean an upgrade is needed?

The 'why' in this instance is pretty straight forward; It's because Microsoft wants you to. The tech giant stopped support Windows 7 on 14 January 2020 and you can't really blame it, as the operating system is old and there are newer alternatives. Now, it doesn't mean your Windows 7 device will just stop working, no, it simply means that there will be no more patches, security updates and technical support.

No doubt, there will be a few chancers reading this thinking it doesn't sound that bad, but running unsupported versions of Windows is an opportunity for would-be hackers. Is your resistance to change worth putting you and or your business at risk?

Continuing to use Windows 7 without patches and updates will leave systems vulnerable to new exploits and malware as they emerge. AV-Test.org registered 67.7 million new strains of Windows malware during 2018, and the situation is only likely to get worse, as some security experts believe that malware developers are holding potential Windows 7 exploits back, ready to unleash them as soon as support ends.

For some businesses, running an unsupported OS isn't even an option, as it will compromise basic due diligence and compliance standards.

For those companies resistant to change either due to economic reasons or technological preferences, or for those who have simply been caught unawares by the deadline, Microsoft is presenting several options that do allow support for Windows 7 to continue. These options range from the free to the explicitly monetary.

Customers of Azure can use the Windows Virtual Desktop on the Azure service, which allows an additional three years of extended support as part of the package. Though this comes at no additional cost to existing Azure customers, initially migrating to the cloud service does unsurprisingly yield overheads.

Otherwise, customers can pay for Extended Security Updates, something that Microsoft has offered in the past to good feedback. The cost of the updates reflects their status as a temporary solution, existing for companies who have missed the January 2020 deadline. According to Microsoft, "Customers with active Software Assurance or subscription licenses can purchase Extended Security Updates for approximately 75% of the on-premises license cost annually." For more details on pricing, contact your Microsoft account.

It should be stressed that such options should only be viewed as a method to ease the transition, rather than a way to stave off migration altogether.

Changing of the guard

To some, the end of support for Windows 7 might have been slow to arrive, but to IT decision makers, the deadline of January 2020 was a rapid turnaround, a mere blink of the eye. That's because IT project deployment can be painstakingly slow. Dale Titcombe, head of IT at BCS, The Chartered Institute for IT, told IT Pro that it was never too early to start work on migrating over to Windows 10 from Windows 7.

"It cannot be assumed that remedial work won't be required in order to transition between OS versions and that 'projects' within the migration project may likely present themselves, that require prioritisation and resourcing," Titcombe said last year.

He argued that the process of upgrading the machines to a new OS is the easy part, which often can be done in a matter of days with the right provisioning. "The harder part is making sure you have identified any issues you have in your environment and planning the project," he added.

And the larger your organisation is, the more likely it is that you'll have needed to start migration work immediately; even more so if you haven't started work on migration.

"Established businesses and institutions have been here before, so hopefully lessons have been learned," said Richard Edwards, distinguished research analyst at Freeform Dynamics. "Large enterprises aren't usually the fastest movers, so less than a year should signal a degree of urgency."

Businesses risk being left behind

Windows 7 proved quite popular, despite the approach of end date, meaning a significant number of desktops were to become potentially vulnerable unless changes were made, and Titcombe explained that cyber criminals would be posed to strike as soon as the end of life deadline came into effect.

So, making the move to Windows 10 can be a lever to taking a fresh look at IT more generally, which was also true of BCS' own migration.

"As part of our move to Windows 10, we have pushed the organisational IT policy forward with moves to more cloud operations and SaaS solutions," explained Titcombe. "Our new Windows 10 environment is much more dynamic than our previous pre-Windows 10 thick-client environment."

Even without taking that broader approach, there are software compatibility reasons to see the move as a good thing rather than a chore. Much of the draw of Windows 10 is the greater range of features it provides, and newer software and hardware are frequently designed with Windows 10 in mind, with no guarantee of the same experience on Windows 7.

"In the same year that Microsoft gave us Windows 7, Apple gave us the iPhone 3GS and Google shipped Android 2.0, clair," said Edwards. "How far has Microsoft Windows come since then? It's time to move up or change course."

Slow and steady wins the race

Starting the move away from Windows 7 with plenty of time in hand meant it was possible to think carefully about the whole IT setup, and maybe do a much needed general spring clean both on the hardware and software sides. But with the deadline now gone, it's imperative for businesses that haven't moved from Windows 7 to make a fundamental shift.

Edwards' advice is to "understand why you're upgrading and don't do it blindly".

"There are other ways and means out there if Windows 10 doesn't appeal. Look at these alternatives seriously, including Windows 10 in S mode, and remember that the tools we use shape the way we do things. PC hardware can run a variety of operating systems. Maybe take a look at (Google-backed) CloudReady from Neverware as an example."

Wherever an organisation goes after Windows 7, upgrading should be done in a measured and controlled way, not rushed at the last moment.

"This is essential if you want a smooth upgrade," explained Titcombe. "You'd much rather have a few weeks/months to spare after planning than realising you didn't leave enough time and need to finish off the entire project/deployment in a week."