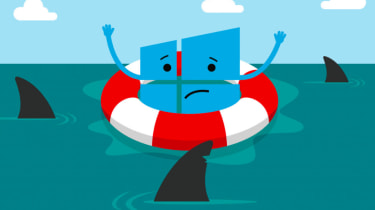 Another Windows 10 update, another set of problems. When Windows was updated in the Spring, many users found the operating system froze when using Google Chrome; this time around documents and other files are being wiped after the upgrade. Whoops.

Microsoft has big questions to answer regarding its testing procedures. It boasts of 10 million users on its Windows Insider programme, trying out new Windows releases before they're effectively forced on to all our PCs. With so many testers, how are these major bugs slipping through?

The answer lies in the question. There were reports of test versions of the Autumn update wiping people's files they just got buried in the avalanche of feedback. When you shout fire in a forum full of 10 million people, there's every chance you won't be heard.

My biggest problem with Microsoft isn't so much that errors creep into code in the first place that's almost inevitable. My beef is how the company deals with them. I'm writing this almost a week after reports of disappearing data started to appear and five days after Microsoft yanked the faulty update from its site. Yet, if you were to visit Microsoft's support pages, you wouldn't know there was a problem at all.

The "Windows Help" page has a guide to "what's new in recent updates", but not a word about what to do if that same October update has whitewashed your files. It's see no evil, speak no evil.

What about the Contact Us button on that help page? Surely that's going to give you a phone number to call where someone can talk you through how to get your files back? No, not so much. The first time I clicked it, it returned a 'page not found' message. On the second attempt, it launched Microsoft's virtual help assistant app on my desktop one of those apps designed to stop you talking to an actual human being for as long as possible.

Playing the game, I typed in "My files were deleted after Windows 10 update". Microsoft's virtual assistant thought about it for a couple of seconds and posted a link to a support forum post from October 2016, that's about as much use as Donald Trump's conscience.

"Did this solve your problem?" Microsoft bot optimistically enquires. No, mate, it didn't. Off it goes to hunt for another article, this time from August 2016, which has two frankly pathetic suggestions for why your files might have gone missing after a Windows update before helpfully suggesting "if you still can't find your files, you may need to restore them from a backup".

Only after you've exhausted the virtual assistant's patience by repeatedly pressing 'No' on the "Did this help?" question do you finally get an offer to speak to a human being. None of this is remotely good enough not the showstopping errors in the first place, nor the 'pretend it's not happening' attitude of Microsoft support.

Just as you can barely expect the police to turn up if your car gets broken into these days, you really can't rely on Microsoft showing any willingness to respond to broken Windows.