Apple and Microsoft working to fix iCloud bug on Windows 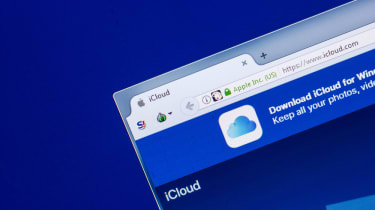 Apple has identified an incompatibility issue with iCloud and the latest update to Windows 10 and is now working with Microsoft to resolve the issue.

The iCloud app on Windows allows a user to open mail, share photos and see calendar events from the Apple operating system over a Windows PC or laptop.

When installing the latest version of iCloud (version 7.7.0.27) after updating to the Windows 10 October 2018 build, users have been reporting an error message that says that iCloud for Windows requires Windows 7, Windows 8, or Windows 10 on the earlier April update.

Many users that had the iCloud app already installed have reported problems updating or synching shared albums after updating to Windows 10 version 1809.

Microsoft said its next step is working with Apple to provide a compatible version of iCloud for Windows 10, version 1809 in an upcoming release.

"Users who attempt to install iCloud for Windows (version 7.7.0.27) on Windows 10, version 1809 will see a message stating that this version of iCloud for Windows isn't supported, and the installation will fail," it said on its support page.

"To ensure a seamless experience, Microsoft is blocking devices with iCloud for Windows (version 7.7.0.27) software installed from being offered Window 10, version 1809 until this issue has been resolved."

Redmond is now blocking users with iCloud already installed and recommending that users do not attempt to manually update using the Update Now button or the Media Creation Tool from the Microsoft software download website until this issue is resolved.