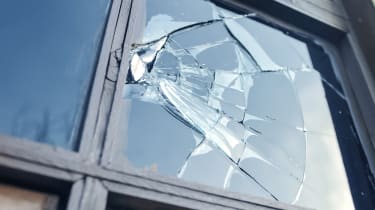 Microsoft has acknowledged that a major update to Windows 7 may lead to networking failures in some systems after users flooded online forums with complaints.

Users who've installed this Tuesday's KB4480970 cumulative January update have been complaining of network connectivity issues on those devices based on a network that uses the SMBv2 file sharing protocol.

Microsoft released its update to fix several identified vulnerabilities, including a remote execution flaw in PowerShell and to add robustness against side-channel attacks like those targeting the Meltdown and Spectre flaws.

But a number of users immediately complained of networking issues, with Microsoft confirming there are now three known problems with the January patch. The other issues comprise an authentication error, and a file-sharing issue affecting some user accounts.

#PatchBlunder IT tip for today. Microsoft Patch Tuesday screwed up a bunch of my clients today. If you lose File Shares with an Invalid File Handle error, Remove KB4480970 and access will be restored. 🤙

Users flagged these issues on several threads on the sysadmin subReddit, with some admitting they would normally delay applying critical security updates across Windows devices within their organisation, preempting major bugs such as this.

"Three customers called my office this morning because they were no longer able to access their shared folders. Took me way too long to find a solution. Deleting the update KB4480970 did the trick," one user said.

Another wrote: "Everything was just fine until this morning. All workstations throwing an error trying to access shared drives on a 2008 server The handle is invalid. Pings out via IP and hostname. Can't browse to it. I'm uninstalling updates now to test against that."

Microsoft has advised customers experiencing a failed network interface controller to locate the device using 'scan for hardware changes' via device management, or automatically search for updated driver software. But many said they had only been able to get around their networking issues by completely rolling back the January patch.

Windows 7 is still widely used among businesses in the UK and US despite the operating system fast-approaching end-of-life.

With Microsoft phasing out critical security patches a little more than a year from now, research published in September found two-thirds of firms still hadn't developed a strategy to migrate to Windows 10, while a fifth of businesses questioned were unaware Microsoft was pulling support.

The NHS last year struck a deal with Microsoft to migrate all its devices running Windows 7 and Windows XP to Windows 10 by January 2020 in a bid to better protect itself against WannaCry-style attacks.