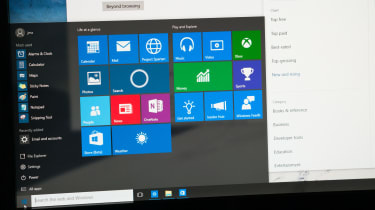 Privacy watchdog Fix it Already has called for Microsoft to stop its Windows 10 platform from sharing encryption keys.

Although only a problem with the Windows 10 Home Edition, the campaign launched by the Electronic Frontier Foundation (EFF) wants the process of sharing keys with Microsoft to be eradicated, enforcing that the disk encryption key is only shared with users.

Fix it Already said Microsoft is unfairly treating users of Home Edition because both Enterprise and Pro editions of its platform work differently and encryption keys aren't shared with the company at all.

"Windows 10 Home Edition does come with a built-in encryption solution, but only for some users. Called 'Device Encryption', it only works if you have certain hardware and if you sign into your computer with a Microsoft accountwhich means you have to trust Microsoft with the backup keys. This is bad encryption design by Microsoft: users should never have to give their encryption keys to a third-party," explained the EFF.

Although giving the key to Microsoft means users are able to recover data, even if the backup is lost, those keys could be exposed if a data breach occurs and this means hackers could potentially steal information stored on user computers.

"Other versions of Windows 10 don't require you to back up your key to Microsoft's servers," the watchdog continued. "And some Windows 10 Home users may find it helpful to have a backup key stored on Microsoft's servers, so that they can recover the contents of their computers even if they forget their passwords. But other users may have different concerns, and may not be technically savvy enough to remove the backup key and generate a new one."

It now wants Microsoft to update Home Edition to be in line with its business products.