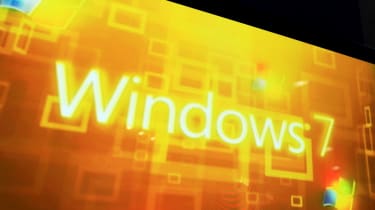 The Windows 7 market share has finally entered its terminal decline a little over nine months before Microsoft begins its end-of-life (EOL) phase in January 2020.

The proportion of Windows 7 market share fell sharply from 38.41% in February to 36.52% in March, representing the lowest figures for Microsoft's last-gen operating system since its peak, according to NetMarketShare.

With Microsoft set to phase out Windows 7 from 14 January, the sharp rise would seem to signal the migration of users away from the legacy system and towards Windows 10. Microsoft's flagship Windows 10 operating system (OS) also rose sharply between February and March, from 40.3% to 43.62%.

But these latest figures buck the trend for 2019, with Windows 7's market share actually rising steadily in the last few months from 36.9% in December to February's 38.41%. The small increase could, however, be attributed not to any new Windows 7 users, but a drop off in even older systems, leading to the overall proportion of users swelling.

Between December and March, for example, the proportion of Windows XP users fell from 4.54% to 2.29%. The user base for Windows 8.1 and Windows 8 installations also declined steadily, as did legacy macOS X 10 iterations.

"Windows 7 shipments are declining in UK and indeed it is terminal as it approaches end-of-life which is January 2020," IDC research manager Malini Paul told IT Pro. "Although the consumer market has been fast in transitioning to Windows 10, the OS has seen slower traction in the commercial space.

"This has been primarily driven by the large enterprises and public space who still prefer PCs downgradable to Windows 7 while testing Windows 10 for future deployment due to their complex legacy applications. However, SMBs are relatively faster in switching to Windows 10 and they are expected to drive the transition in 2019 as device renewals speed up for them.

"Another aspect impacting the PC market and eventually the Windows 10 ramp-up in calendar quarter 2018Q4 (Oct-Dec) is the CPU shortage from Intel. The impact has been stronger on the Windows 7 downgradable PCs, which accelerated the share of Windows 10. However, this also created some backlogs of Windows 7 PCs which are being fulfilled in 2019Q1, thus explaining the slight increase in January and February."

Nearly ten years after it was first released, in July 2009, the legacy OS' popularity with organisations is proving difficult to shake, even today. For instance, the 'crossover' moment, where the proportion of Windows 10 installations surpassed Windows 7, only occurred towards the end of 2018.

By contrast, the migration from Windows XP to Windows 7 was much faster. Although historic data from NetMarketShare is not readily available, StatCounter figures show a massive gulf between XP and Windows 7 installations in the run-up to XPs EOL phase.

Nine months before its 8 April 2014 phase-out date, the proportion of worldwide XP market share had already been in steady decline for a couple of years, while Windows 7 market share was above 60%.

The 'crossover' period for the market share proportion of XP and Windows 7 happened during October 2011, as Statcounter records it.

The caveat, however, is that StatCounter recorded the Windows 7 to Windows 10 'crossover' as happening during January 2018 - a year before NetMarketShare.

Asked what the biggest barriers to migration are, Forrester analyst Andrew Hewitt cited human nature as the key.

"IT organisations are wary of disrupting end-user experience or introducing a security vulnerability through a migration like this, so they've held off as long as they can.

"The second barrier is that there's a lot of prep work associated with making sure that apps are compatible with Windows 10, having a process in place for deployment that's not disruptive to end users, and having the right resources for imaging.

"We're also seeing many organisations begin to consider the possibility of moving towards a modern approach to managing Windows 10, which takes time and effort to plan for."

The security risks of maintaining legacy systems like Windows 7 and Windows XP are all too apparent, with the untargeted WannaCry ransomware attack, for example, infamously crippling NHS systems in 2017.

As a result, the NHS struck a deal with Microsoft to migrate individual Trusts' systems to Windows 10. According to the agreement, NHS organisations will be able to upgrade from XP and Windows 7 free of cost so long as they opt-in before 14 January.