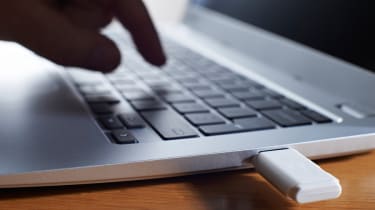 Microsoft will block users with external USB storage devices or SD cards plugged into their machines from taking up the latest flagship Windows 10 upgrade.

The May 2019 Update, due to be released within weeks, has sustained an "inappropriate drive reassignment" error, the company confirmed in support documentation.

As a workaround for this glitch, the developer is blocking users from upgrading entirely if they are actively connecting USB devices or an SD memory card. But this glitch may not just affect removable drives, but internal hard drives too in some cases.

It will, however, only affect users with a Windows-10 machine running either the October 2018 update, version 1809, or its predecessor version 1803, dubbed the April 2018 Update.

Both major upgrades to the Windows 10 operating system (OS) suffered from torrid rollout experiences, each exhibiting their own individual issues when they were released.

The previous update, in particular, deteriorated Microsoft's reputation somewhat with the firm withdrawing, then releasing the package several times.

Microsoft says the issue will be resolved in a future servicing update for the OS, with the issue resolved in some current builds for Windows Insiders.

Earlier this month Microsoft launched a conscious effort to address its recent upgrade disasters head-on with a set of significant changes to the way updates are released.

Starting with the May 2019 Update, due on 10 May, users will be notified when the update is available to download and install, as opposed to the package being pushed to a user's machine automatically.

Users can also defer the major upgrade for up to 35 days while continuing to receive security patches.

Among the new features in version 1903 are a simplification of the Start menu, better search functionality, and an expanded security centre.

Microsoft is also rolling out a Windows Sandbox' mode, which can allow enterprise users to create a virtual machine-like desktop environment to run any potentially harmful software without risking the health of their device.

IT Pro approached Microsoft for more information on the nature of the inappropriate drive reassignment bug.