Microsoft announced its plans for its next Windows 10 feature update, codenamed 19H2 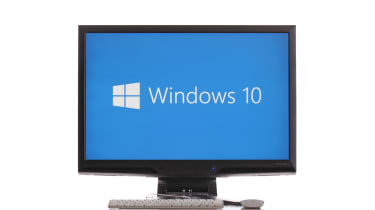 Microsoft has announced its plans for the next Windows 10 feature update, which has been codenamed 19H2.

The update is going to be a much smaller one than usual, being released as a successive update that sits on top of 19H1 instead of a totally new OS release.

In April, Microsoft announced enhancements to the Windows 10 May 2019 Update with an increased focus on user control, quality and transparency. These were a collection of improvements based on requests from customers to make the Windows update experience better with less disruption. With the next Windows 10 feature update, the tech giant says it's taking this further.

"The next feature update for Windows 10 (known in the Windows Insider Program as 19H2) will be a scoped set of features for select performance improvements, enterprise features and quality enhancements," said John Cable, director of program management for Windows Servicing and Delivery.

"To deliver these updates in a less disruptive fashion, we will deliver this feature update in a new way, using servicing technology (like the monthly update process) for customers running the May 2019 Update who choose to update to the new release. In other words, anyone running the May 2019 Update and updating to the new release will have a far faster update experience because the update will install like a monthly update."

This is was believed to be the reason why a feature of the Windows 10 May update, changed how the Windows scheduler tool worked with AMD hardware. Previously the scheduler caused issues that impacted the performance of AMD Ryzen processors.