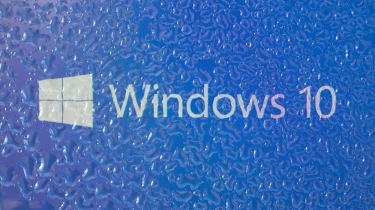 Small businesses and home users with Windows 10 installations older than a year will be automatically upgraded to the May 2019 Update to avoid systems falling out of support in November.

Despite widespread concerns over the way Microsoft implements its biannual operating system (OS) upgrades, Home and Pro users will be automatically kicked into using version Windows 10 1903, issued just a couple of months ago.

Microsoft outlined plans to implement the feature in April as part of sweeping changes to the way that updates were rolled out to users. These were in response to several disasters the company endured phasing in previous flagship OS upgrades, in particular the April 2018 and October 2018 Updates.

The firm would conventionally initiate updates on Windows 10 machines automatically once its data suggested users would enjoy a frictionless experience.

But with the May 2019 Update, users were instead notified when the upgrade was available and could choose to install the new iteration as and when they wanted. This could only be deferred for up to 35 days, however.

In Microsoft's official documentation for version 1903, the company said machines running the April 2018 Update will have the update process started for them automatically because this iteration will stop receiving updates from 12 November this year.

"Our update rollout process takes into consideration the scale and complexity of the Windows 10 ecosystem, with the many hardware, software, and app configuration options users have, to provide a seamless update experience for all users," the documentation said.

"We closely monitor update feedback to allow us to prioritise those devices likely to have a good update experience and quickly put safeguards on other devices while we address known issues."

The company has also suggested that commercial customers running earlier iterations of the OS begin the targeted deployment process to upgrade to version 1903.

Meanwhile, as part of the release schedule, updates are being supplied to businesses as well as consumers through the same channel. Windows Update for Business will feature a fresh user interface (UI) and behaviour to reflect the policy change, with future upgrades issued through a single semi-annual channel (SAC) deployment.

For version 1903, however, devices not yet configured to be ready for SAC deployment will have an additional 60 days deferral as an option beyond the existing deferral period their organisations have implemented.

Organisations that have set no deferral period whatsoever, therefore, will begin receiving the May 2019 upgrade to their devices from 23 July 2019.