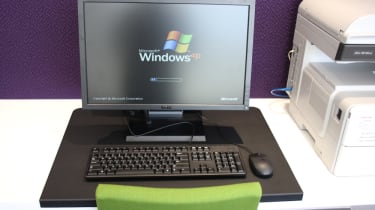 A "concerning" number of businesses are still reliant on old and unsupported operating systems, according to research.

Cyber security firm Kaspersky found that 48% of small and medium-sized businesses (SMBs), and enterprises are still using the likes of Windows XP and Windows 7, despite newer versions being available.

What's more, around 41% of consumers still use desktop operating systems like Windows XP or Windows 7.

This reliance is creating a security risk, according to Kaspersky.

"The widespread use of Windows 7 is concerning, as there is less than six months to go until this version becomes unsupported. The reasons behind this lag vary depending on the software in place, which may be unable to run on the newest OS versions, to economic reasons and even just down to habit."

The company warned that the cost of dealing with potential security issues may substantially outweigh any costs associated with upgrading a system.

Looking at the specific versions of outdated OS used, the instal base for Windows 7 and Windows 10 is the same across SMBs and large businesses, at 47% usage.

A further 5% are still using Windows 8.1, however, some businesses failed to take advantage of the free upgrade cycle and continue to use Windows 8, which hasn't had mainstream support from Microsoft since January 2016.

Following a risk assessment of OS use within across its instal base, Kaspersky found that four out of 10 consumers still use obsolete systems, including Windows XP and Vista, security patches for which ended in 2014 and 2017 respectively.

Research by Net Applications also recently revealed that 36% of desktop computers are still using Windows 7, despite mainstream support ending in 2015, with extended support, which includes security patches, ending in January 2020.