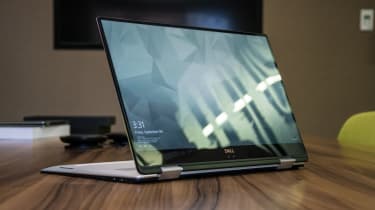 Windows Insiders have been given access to the beta version of the Windows 10 Spring 2020 update, which features a redesigned tablet mode' user interface (UI) for customers of 2-in-1 devices.

In a major departure from the firm's tablet-first mantra of the past, the visual interface when users switch their 2-in-1s to tablet mode will be more desktop-like than ever before. The major design changes include collapsed search and Cortana buttons, increased spacing between taskbar icons and a touch keyboard that auto-invokes when users tap text fields.

The current tablet mode' featured in the latest version of Windows 10 differs in a host of ways from the touted changes, in a sort of hangover from the Windows 8-era days of its tile-based UI.

The start menu, for example, kicks users into a tablet-optimised full-screen tile layout. It's these kinds of features, however, that Microsoft is now reversing and making more desktop-like while keeping touch-optimised elements of the existing UI. 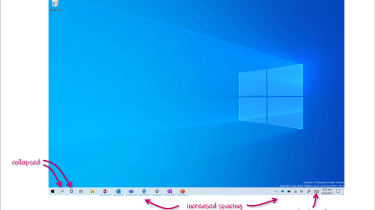 The altered UI is only available to a portion of Windows Insiders as Microsoft receives feedback and makes changes to the system ahead of its full release next year. It's also only available for users on 2-in-1 devices like the Dell Latitude 7400 2-in-1 and the HP Elite X2 1013 - not dedicated tablets using the Windows operating system (OS).

Microsoft is also using its latest preview build to introduce a new cloud download option for users who wish to reset' their version of Windows.

The cloud download option will reinstall the same OS build, version and edition installed on users' devices, and differs from a specific cloud recovery feature that was available on previous iterations of Windows 10. This form of recovery removes all apps installed on a device, and may also delete local data if users pick this option.

These features may give added incentive to the scores of businesses still using Windows XP and Windows 7 to upgrade their OS to the most secure and stable version of Windows. There are, indeed, a "concerning" number of businesses still reliant on these legacy systems, according to research released this week.

Microsoft has, however, offered select organisations still using Windows 7 an extra year of free support beyond the 14 January end-of-life date should they qualify.