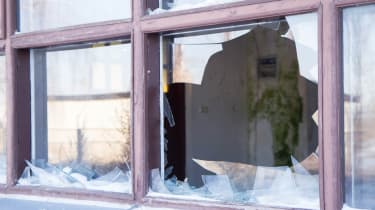 An emergency patch released by Microsoft to fix Cortana's high CPU usage is said to have broken Start Menu and Search functionality on Windows 10, users have reported.

There's also reports that it's causing issues with Action Center and external USB devices, such as keyboards.

Alongside the Cortana fix, Microsoft also said it had found an issue with SearchUI.exe causing similar CPU spikes for a small number of users, both of which have now been marked as resolved on Microsoft's support page.

However, users are now reporting the patch has resulted in even more broken elements, including problems with the Cortana search bar, and USB devices.

"Typical Microsoft, fixes the CPU usage by completely breaking search so it can't even be used..." one user wrote on a Windows 10 hub on Reddit.

Another user reported the search page being blank with an infinite loading icon after updating.

"KB4515384 should address an issue that causes high CPU usage from SearchUI.exe for a small number of users," they wrote. "But this update again introduces the same problem as the previous update. Part of the problem is a high CPU usage (~30%) and a totally broken search function. Currently, I see no other option than to blacklist this update also to prevent update to reinstall it again and again."

"After the USB HID device issue after September 10, 2019 - KB4515384 (OS Build 18362.356) windows update, my HID device is no more recognised," they wrote. "It is listed by the usbview.exe application but the application I use to manage this device cannot see it."