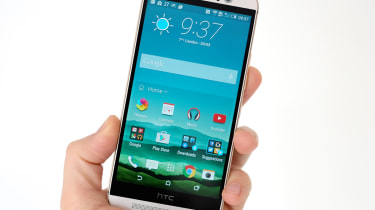 HTC doesn't have the same enormous marketing budgets as Apple or Samsung to help propel its phones into the public consciousness. Despite this, it has still managed to sell plenty of HTC One and HTC One M8 phones thanks to their flat-out quality.

The HTC One M9, as its name suggests, is a relatively sober refresh of the One M8 which was itself an update of the original One. This conservative approach stands in stark contrast to the Samsung Galaxy S6 range which is a comprehensive retooling of the market leader.

What's immediately obvious from the HTC One M9 is that it's no cheap imitation of a rival Samsung or Apple device. The M9 feels incredibly well built and features the same brushed aluminium of the One M8, giving it that same classy look you expect from higher end smartphones. 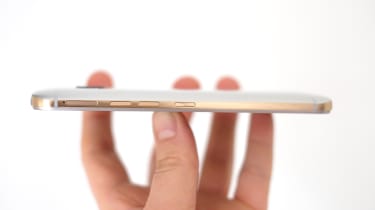 With a thickness of 9.6mm, it may appear somewhat chunky compared to slender 6.8mm body of the Galaxy S6, however the One M9's back plate curves away from the centre to a thinner edge, so it doesn't feel as obese at it first appears. Fans of HTC's previous devices will be pleased to know that the power button has been moved from the top edge to side, meaning you can now use your thumb to unlock the phone.

Another small change is the addition of a ridge that runs the edge of the screen and provides some extra grip for your fingers, but given the phone's large stature, it is still somewhat unwieldy when used with one hand.

The One M9 also features a new range of colours - our review model arrived with a two tone copper-inflected gold for the sides and silver on the front and rear panels, although there's also a model that opts for a dark metallic grey. Although the One M9 looks disappointingly similar to the previous One M8, the new colours and finish make this one striking device. 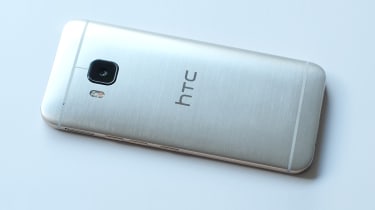 HTC One M9: Connectivity and Screen

Not every conservative move is bad, though. Where Samsung has removed microSD slots from the Galaxy S6 and S6 Edge, the HTC One M9 still has its storage card slot. Being a unibody phone, the microSD and nano SIM cards get their own trays, on either side of the device.

A design decision likely to attract a lot of superficial criticism is that the HTC One M9 has a 1080p screen, where most of its high-end Android rivals have higher-resolution 2560x1440 resolution displays. The HTC One M9's resolution is more than good enough though in a 5in screen, you'd be very hard pressed to tell the difference between the two resolutions. Pedantry is needed to make a big issue out of the resolution difference. Resolution alone is not a good enough reason to pick a Galaxy S6 or LG G4 over the HTC One M9. 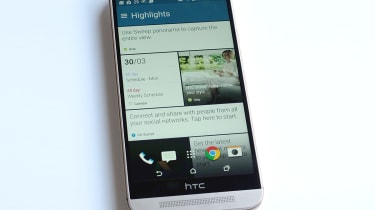 Actual image quality is very good, only limited by the characteristics of the LCD-based panel. Black level on an LCD is always going to be slightly limited. However, it's only obvious in dimly-lit rooms.

Backlight brightness was good enough for outdoors visibility, although the Galaxy S6's Super AMOLED display is better at coping with very strong sunlight. 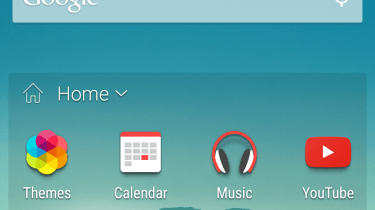 The HTC One M9 runs Android 5.0 and has a fast, tasteful custom interface called Sense 7.0. It's similar to the version used in previous HTC phones, but has introduces a few new features. First, it embraces the Android 5.0 Lollipop-style look as well notifications and animations so Sense doesn't feel out of place.

It also embraces themes. These are often used to ruin a phone's look and usability with gaudy, overblown visuals, but HTC has packed some fairly tasteful ones into the One M9.

The Smart Home widget appears designed for people who want to use their phone as a dual-purpose work and personal phone. This changes which apps appear on the lead home screen depending on your location home', work' and out'.

However, this only really works well if you only ever use certain apps at work and never use them anywhere else. Most people's habits are likely to be more nuanced than this especially if you sometimes work from home or check your personal social media at lunch. As a result, we found that the Smart Home widget never got it quite right and we ended up disabling it. 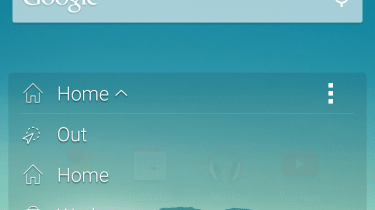 BlinkFeed makes a return too. This is a long-standing full home screen app that offers an update stream featuring content from your social networks, calendar and news feeds. While designed more for idle browsing, if you're already a dedicated news follower or a serious social media user then this lightweight Flipboard clone is unlikely to replace the apps you already use.

Like the One M8, there's a Kid Mode app designed to give little ones a restricted space where they can only access apps and content that you choose thereby protecting your own valuable data.

The HTC One M9 uses the current Qualcomm flagship processor, the Snapdragon 810. This is an octo-core CPU clocked at 2GHz, with four top-performance Cortex-A57 cores and four slower but more power efficient 1.5GHz Cortex-A53 cores.

It comfortably outperformed older Qualcomm processors in our benchmarks. However, it did struggle with heat a little more than the Galaxy S6. The metal body conducts the waste heat of the internals easily, making the phone appear to get hot quite quickly under stress. The Snapdragon 810 throttles performance slightly after a short while to mitigate this heat issue though, so in most everyday use cases overheating wasn't a major issue. 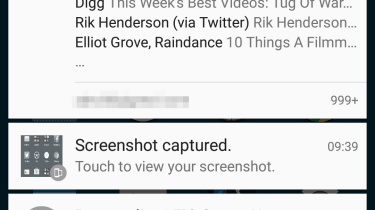 Battery life was underwhelming, lasting just under 24 hours when used for calls, photography, web browsing and Google Maps when connected to O2's 3G network in London's West End. When playing videos continuously, it lasted just over nine and a half hours. These are very average scores. Unless some of the more extreme power-saving measures are used, two-day stamina is a distant dream.

The HTC One M9 has two main power-saving modes. One for general use limits screen brightness, throttles the processor a bit and can cut off background mobile data if necessary. It cuts down the phone's smarts without radically changing the experience, while Extreme power saving mode uses a bespoke, cut-back UI that only gives access to the most basic phone features. In return it'll make the last few per cent of the battery last for hours.

The HTC One M9 uses the same BoomSound front-facing speakers as previous One phones, providing much better sound quality than any other phone we've seen. They sound much richer with a less harsh-sounding mid-range. This made them particularly well-suited for voices, whether those of podcasts or handsfree calls. 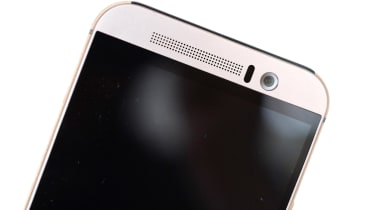 The HTC approach to cameras is less successful, though. For the past couple of years, HTC has used UltraPixel cameras in its phones. UltraPixel cameras had sensors that were comparable in size to those found in other high-end phones but used fewer megapixels for greater image fidelity, if lower detail.

After much criticism for its low-res images, HTC has switched the 4-megapixel UltraPixel sensor around to the front, using a (reported) Toshiba 20-megapixel sensor on the rear. This makes it one of the highest-resolution cameras around, although when shooting in the default 16:9 aspect ratio, shots are cropped resulting in roughly 16-megapixel images.

This is a lot, of course, but it's important to assess the numbers before claiming the HTC One M9 camera is in any way superior to the Galaxy S6's. We bring this up because it is still a problematic camera, suffering from some of the same problems as the HTC One M8. 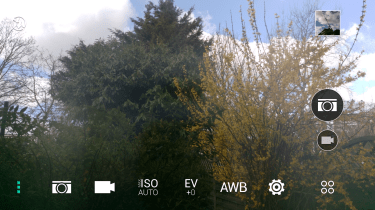 It struggles to exposure scenes that have much contrast in light levels, resulting in shots that are frequently under or over-exposed. While photos taken in dim conditions had minimal noise, they were prone to blurriness and fine details were lost. Flesh tones in portraits, even those taken with plenty of light, were a little smeared and unnatural-looking. The HTC One M9 can produce some stunning pictures, but its hit rate is significantly worse than the iPhone 6 or Galaxy S6.

While the front camera also struggles with exposure, the good low light performance of the UltraPixel sensor makes this one of the best selfie' cameras to date.

We don't mind that HTC has only lightly changed the casing of the One M9 - it is a strength of the One series after all. What's more unforgivable is that the camera and battery life are so mediocre. Performance, screen and build quality are up to scratch, but many other phones also share these advantages. Unless looks are everything, you can get better elsewhere..

Update: Since publication, the HTC One M9 has received a major software update. Among the improvements are a better auto-mode in the camera app to improve overall dynamic range and pictures taken in low light.

There are also improvements to battery life to decrease consumption by social apps and YouTube.

Smart charging has also been improved to keep the phone cooler when charging.

The HTC One M9 looks and feels great, but issues with battery life and the sheer strength of competitors means it's only fair value