But as tech giant closes in on $1tn valuation, it drops out of the top two phone makers 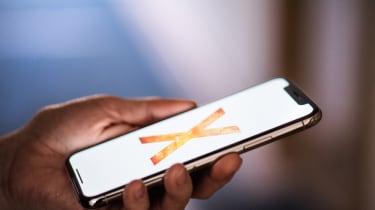 Despite selling far fewer iPhones than expected, Apple's sales of its high-end iPhone X device sent it closer than ever to achieving a $1 trillion market cap, its latest results show.

Handsets sold for $724 on average over the three months to the end of June, higher than an expected $694, providing a salve for Apple, which fell to third place in global smartphone shipments for the first time in eight years, according to IDC, as it was overtaken by Chinese giant Huawei for the first time.

CEO Tim Cook hailed the company's growth. "We're thrilled to report Apple's best June quarter ever, and our fourth consecutive quarter of double-digit revenue growth," he said. "Our Q3 results were driven by continued strong sales of iPhone, Services and Wearables, and we are very excited about the products and services in our pipeline."

"Consumers remain willing to pay more for premium offerings in numerous markets and they now expect their device to outlast and outperform previous generations of that device which cost considerably less a few years ago."

The iPhone X continues to perform strongly despite being six months into its cycle, with the company's higher-than-expected average unit selling price mirroring a recent study that suggested the premium handset is Apple's most valuable ever iPhone at resale - retaining the vast majority of its value.

Huawei, meanwhile, declared a 41% growth in shipments against the same period in 2017, ranking second in overall shipments - and knocking Apple into second place for the first time since Q2 2010.

The Chinese manufacturer took a 15.8% market share in terms of quantity against Apple's 12.1%, while Samsung retained its spot as the global leader with 71.5 million units sold, despite a 10.4% fall in shipments.

"The continued growth of Huawei is impressive, to say the least, as is its ability to move into markets where, until recently, the brand was largely unknown," said program vice president with IDC's Worldwide Mobile Device Trackers, Ryan Reith.

"It is worth noting that Apple moved into the top position each of the last two holiday quarters following its product refresh [in September], so it's likely we'll see continued movement among the top ranked companies in 2018 and beyond."