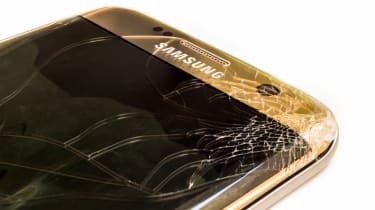 Samsung is set to report its first drop in quarterly earnings in two years, largely triggered by a slump in demand for its products in the far east.

The South Korean tech giant is due to post its preliminary fourth-quarter results on 8 January, but is expected to report an operating profit of $11.85 billion, a 12% drop year-on-year.

The news comes just a week after its biggest rival, Apple also cited a slowdown in the Chinese economy for disappointing iPhone sales. Although Apple's smartphone business is more reliant on the Chinese market, where it holds a 9% market share, Samsung's memory and processor chips are a large portion of its business, accounting for 38% of its overall sales.

This is due to its chips also powering a number of other Android-based smartphones, such as those made by China's market leader Huawei. The firm's chip business is expected to have dropped by 3.7% year-on-year. China is a major market for South Korea's chip industry, with Samsung being the leading supplier.

It's believed that both Samsung and Apple are feeling the effects of dismal growth in the world's second-largest economy, blighted by a long China-US trade war. According to Refinitiv data, that slump is going to continue throughout 2019, with the World Bank estimating the weakest GDP expansion for China in nearly three decades.

Some have put slowing sales down to the cost of the latest flagship smartphones, with both Apple's iPhone Xs and Samsung's Galaxy S9 costing far more than their rivals. In some cases, these high-end devices can be as much as the average person's monthly income.