Apple fooled out of $1m by iPhone knockoffs 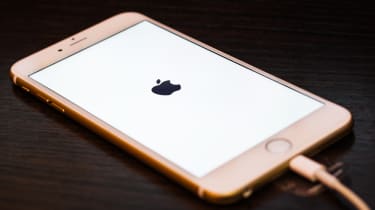 Two students from a US college stand accused of defrauding Apple of nearly $1 million, by shipping the company fake iPhones to repair.

Yangyang Zhou and Quan Jiang are both Chinese citizens studying in Oregan, but according to a criminal complaint, filed last month by federal prosecutors, the pair ran a year-long scheme to defraud Apple.

Between April 2017 and March 2018 the two would receive shipments of thousands of fake iPhones from an accomplice in China. They would then send the phones to Apple with fake repair requests, often claiming the phones wouldn't turn on.

Worryingly, the quality of the fakes was so good, that almost half of them were repaired by Apple - seemingly unable to tell the difference between its iPhones and knockoffs. Zhou made 3,069 repair requests in the year and Apple completed 1,493 of them at a cost of $895,800.

Those that were not repaired were returned to the pair, with Apple engineers believing they had merely been "tampered" with, but crucially not recognised as counterfeits.

According to prosecutors, Zhou and Jiang would mail the newly repaired, real iPhones, to China to be sold, with Zhou's mother named as a complaint - allegedly wiring the profits back to her son's US bank account.

According to an affidavit provided by homeland security agent Thomas Duffy and submitted by prosecutors, the scheme was discovered after Customs and Border Protection seized 95 fake iPhones being sent to the pair.

In March 2018, a search of Jiang's home turned up more than 300 counterfeit devices as well as incriminating paperwork and according to Duffy, Jiang explained the entire operation to him in an interview in December 2017. Duffy says Jiang admitted that he sent thousands of phones to Apple and was paid by his Chinese associate, via his mother, for doing so but stopped short of admitting the iPhones he sent were counterfeit.

However, Jiang has been charged with trafficking counterfeit goods and wire fraud, and Zhou with submitting false information on export documentation.