What to expect from Apple's iPhone 11 event

New iPhones and more expected as Apple looks to get through autumn with a better outlook... 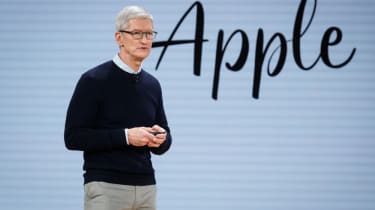 Here we go again. The summer is all but over, warmer clothing is back on the streets, and Apple is ready to launch another handset, the iPhone 11 - it's now officially autumn.

The Cupertino company has sent out "special" invitations for an event on Tuesday 10 September at 10 am PST (18:00 for us in the UK) at the Steve Jobs Theatre, in California.

This special event will certainly need to be just that as these are challenging times for Apple; with disappointing sales of the iPhone Xs, Xs Max and Xr (following on from disappointing sales from the year before) the company is now regularly reporting drops in profit.

With rivals like Samsung and Huawei producing critically-acclaimed models (that are often cheaper), the pressure is on for Apple to come up with something groundbreaking, or this could well be the autumn of the iPhone.

There is an almost special aspect of the event in that it will be the first to be live-streamed on YouTube, but all the event will also still be available on Apple's website.

Here's what to expect...

Since its launch in 2007, the iPhone has become a global icon and a large chunk of Apple's profit, but, so far, it's struggling to match that success in its second decade. The iPhone X and Xs models have both come in under expectations for sales as consumers are holding onto their models for longer, or worse, choosing phones from cheaper manufacturers such as OnePlus and Huawei.

A big selling point of the iPhone is (or was, rather) its design and with chief designer Johnny Ive leaving the company there could be a radical new look to the device. Then again, it might be as Ive-inspired as before because he only left in June and the design was likely locked in by then.

Reports suggest, whatever the design, there will be three new models dubbed iPhone 11, 11 Pro and 11 Pro Max - we question the 'Pro' part as this seems very un-Apple and last year's Xr was thought to be 'Xc'.

It is believed that the iPhone 11 will have a 5.8in display and a 6.5in screen on the larger model. According to 9to5Mac, the focus of the new models will be camera technology, an area that's been the focus of both Huawei and the Google Pixel phone ranges. Reports suggest wide-angle lenses and greater megapixels for the front and rear cameras, but we will need to see more if it wants to deliver a heavy blow to the competition.

Something called 'Bilateral wireless charging' is reportedly going to be added to the iPhone. Supposedly, this turns the back of an iPhone into a charging mat for other devices compatible with the Qi wireless charging standard; such a feature could be used to charge Apple's AirPods headphones on the back of a next-generation iPhone to recharge them while on the go.

We can expect to see a next-generation iPhone come running the full-release version of iOS 13, tapping into the new features and refinements the mobile operating system brings, as well as showcasing what app developers have come up with while iOS 13 was in beta.

Reports suggest that Apple is working on a number of different iPad variants, such as a 10.2in model and refreshed iPad Pro. These are said to feature the same triple-lens camera setup as the iPhone 11 Pro.

It's unlikely that we will see these at the event on Tuesday, as Apple has often held separate shows for iPads, often saving focus for Apple Watches and accessories with phone launches.

Apple is also working on a new 16-inch MacBook Pro, according to 9to5Mac. This laptop will reportedly feature an all-new keyboard, as well as a 16-inch display.

The overall size of the MacBook Pro is said to be the same as the 15-inch MacBook Pro, suggesting there will be shrunken bezels. But, again, it seems unlikely we will see this on Tuesday. If such a MacBook Pro is revealed we could see tweaks to macOS that tap into the extra screen space a larger MacBook Pro would provide.