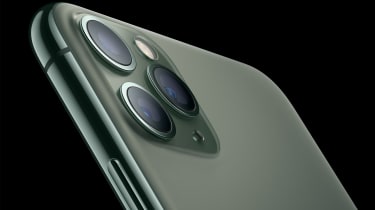 For most people, cold weather and browning leaves signal the start of autumn, but for a dedicated section of the general public (the ones not using Android), the season doesn't begin until a new iPhone is launched.

Last night, at a special event in the Steve Jobs Theatre, Apple launched three new models of its iconic handest, along with an entry-level iPad, its long-awaited streaming service and a smattering of other hardware and services to excite the Apple-ites.

But, these are challenging times; the iPhone brings in almost 50% of the company's profit, according to Statista, and global demand has fallen short in recent years. As a whole, the smartphone market itself is shrinking and it almost suggests that Apple is suffering most although Samsung also reported a fourth-quarter profit slump despite critical acclaim for the Galaxy S10 range.

Another part of the problem is a mix of pricing and quality, in that it's both too expensive and too good. Rather than pay around 1,000 for the latest model, many consumers are sticking with their current models or buying older ones as prices drop: The iPhone Xs might be a super device, for example, but the iPhone 8 is only a couple of features short and still looks pretty new.

The first handset announced was the iPhone 11, the default model. Packing the company's A13 Bionic chip (the fastest ever, Apple boasted) and dual cameras, the 11 is a well-stocked phone for a comparatively affordable price, starting at 729. There's also a nice selection of colours, harking back to the days of the iPhone 5c, with the 11 coming in six colours: red, yellow, green, purple, black and white. 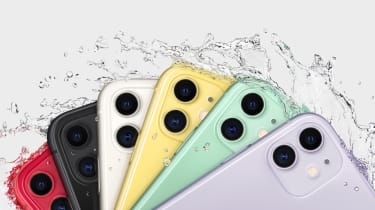 "iPhone 11 is the next generation of iPhone, packed with great new capabilities in an incredible design, including new Ultra Wide and Wide cameras for gorgeous videos and photos, the power and ease of use of iOS 13, and A13 Bionic the fastest chip ever in a smartphone that quickly handles the tasks that matter most to people every day," said Phil Schiller, Apple's senior VP of worldwide marketing.

Those bright colours are just for the default model, as the Pro and Pro Max are less visually exciting (dull, is the word) and only come in the more traditional Apple hues of gold, space grey and silver, with "midnight" green being the only outlier. But, these are superior on the inside (which, for phones at least, is what really counts) with Super Retina XDR displays and triple-camera systems.

"iPhone 11 Pro and iPhone 11 Pro Max are the most powerful and advanced smartphones we have ever made," said Schiller. "They are packed with sophisticated technology that pros can count on to get their work done, and for anyone who wants the very best device made, even if they are not a pro." 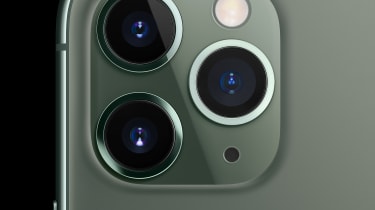 "iPhone 11 Pro has the first triple-camera system in iPhone and is far and away the best camera we've ever made, it provides our customers with a great range of creative control and advanced photo and video editing features in iOS 13. The Super Retina XDR is the brightest and most advanced display in iPhone and the A13 Bionic chipsets a new bar for smartphone performance and power efficiency."

A big criticism of Apple and part of the reason it has experienced slowing sales over the last two years is its pricing strategy. The Pro model starts at 1,049 and the Pro Max will be 100 more, but the entry-level 11 starts at $50 less than its predecessor, the iPhone XR. This shows Apple is getting serious about value, according to Dominic Sunnebo, director of consumer insights at Kantar.

"Apple's biggest challenge is that its iPhone sales are in decline iPhone still accounts for almost half of Apple's revenue, so turning this trend around is vital, even as services takes an ever greater part of the pie," he said.

"By reducing the price of the entry-level 2019 iPhone, Apple shows an understanding of consumer pushback against the steep price rises over the last few years, but also an acceptance that without 5G capability there is very limited scope to push prices up further."

Phones aside, a big surprise of the night was the introduction of an update to the entry-level iPad. The seventh-generation version will go to market at 349 and will feature a 10.2in Retina Display, Apple Pencil support and for the first time, compatibility with Apple's Smart Keyboard.

"The new iPad was built to run iPadOS, which introduces powerful new ways to multitask, manage and mark up documents, use Apple Pencil and view more information at a glance on a redesigned Home screen," said Greg Joswiak, Apple's VP of product marketing. 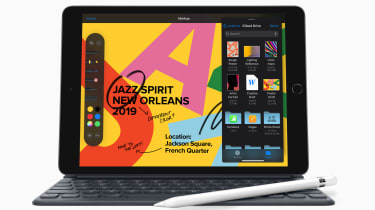 "This new iPad with iPadOS takes everything people love about our most popular iPad and makes it even better for creating, learning, working and playing."

The last of the hardware offerings were the upgrades to the Apple Watch, with an 'always-on' display the big talking point, as detailed by Expert Reviews.

On the services side, two eye-catching announcements came in the form of official launch dates for Apple Arcade, a gaming subscription service for 4.99 a month, and both Apple TV and Apple TV+. The company have said its Apple TV+ streaming service will come with original shows and launch on 1 November for (look away now Netflix) 4.99 a month.