The Z10 is a beautifully crafted device with excellent messaging capabilities. 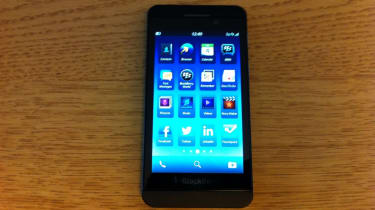 With the Z10 being a full-touch screen, BlackBerry has had to revamp text input to keep it ahead of the competition. Instead of typing out words letter-by-letter, the keyboard will aim to predict the next word you are going to type. It gives you a variety of options depending on the sentence and users can enter words by simply flicking up on the relevant key.

The keyboard "floats" suggestions over the next letter it thinks you are most likely to hit next and there are multiple options. S0, for example, if you type in "I'm" the words "sorry", "going", "just", "in" and "not" appear above their corresponding letters and give you a head start in terms of bashing out a sentence. It'll take a little getting used to, but once you've mastered the art of the flick you won't want to type out long words ever again.

If you're adamant that you want a physical keyboard, BlackBerry has confirmed it will release the Q10 in the near future. 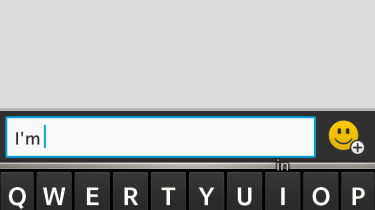 There are number of useful apps preloaded including Box, Docs to Go, Dropbox, Facebook, Twitter, LinkedIn and Foursquare. There is a Maps apps pre-loaded which provides free turn-by-turn navigation without having to download anything.

The BBM instant messaging service has also been boosted to include free voice and video calling over Wi-Fi. Although it would have proved more useful if BlackBerry had made an effort to make the service cross platform like competitors such as Whatsapp. Still it is an improvement and the quality of calls and video is good over a solid connection.

Business users will find the ability to share their screen with a colleague via BBM particularly useful, and has the potential to enhance collaboration on the move and negates the need to use third party services.

It's all about content with the BlackBerry App World providing 70,000 apps on launch the biggest repository for any platform on launch. It is also possible to buy music, movies and TV shows with an option to rent the latter also. This shows that BlackBerry is really making an effort to provide an all-round experience. 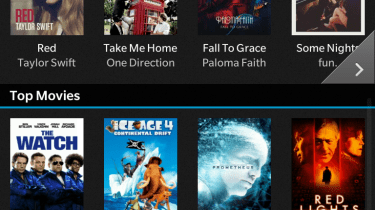 Another excellent feature of the App World is the carrier billing it offers for the purchase of low-cost apps. You'll only have to enter PayPal or credit card details if you want to purchase music, movies or TV shows.

Despite the presence of the heavy hitter Angry Birds Star Wars there is still work to do in the area of apps. BlackBerry has promised that Skype and Whatsapp are on the way which will increase the usefulness of the device tenfold. SAP has also committed to developing products on the platform.

With mobile malware threats plaguing popular platforms such as Android, the BB10 OS remains one of the safest available and this is likely to make it a draw for businesses where security is paramount.

The software was granted FIPS (Federal Information Processing Standard) 140-2 certification before it was released. BlackBerry uses certified encryption algorithms to store data and protect it during transmission.

Out-of the-box, users can enable the BlackBerry Protect app by signing in with their BB ID. This allows users to track their device, and lock or wipe it remotely should it be lost or stolen.

IT admins will be pleased to know they can activate BlackBerry Balance software on handsets too. This allows business and personal data to be kept separate on the handset and policies can be put into place to ensure that content cannot be copied from the workspace to the personal space. Should an employee leave a company and then take the handset, the "business" part of the OS can be deleted without affecting any personal data.