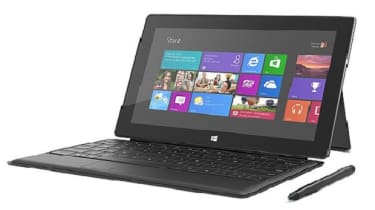 Tech kit repair site iFixit has warned that the Microsoft Surface Pro tablet is even harder to repair than the notoriously difficult iPad.

The site has given the Surface Pro a "repairability" score of one out of ten, which suggests a broken device could be impossible to fix.

The team at iFixit performed a step-by-step breakdown of the tablet, and in the process pointed out a number of design features that could render the device difficult to repair.

For example, the site warns end users that attempts to remove the Surface Pro's solid state disk (SSD) drive could end up destroying the device, as the opening procedure is so fiddly.

"The display assembly (comprising of a fused glass and LCD) is extremely difficult to remove and replace...and the SSD is removable, but you risk killing your tablet by trying to open it," iFixit claimed.

"Unless you perform the opening procedure 100 per cent correctly, [the] chances are you'll shear one of the four cables surrounding the display perimeter," it added.

The Surface Pro isn't the only tablet to fall foul of iFixit's strict repairability criteria, as the iPad 3 only scored two out of ten when the team there put it through its paces.

Even so, iFixit's findings will be of interest to business users who have reportedly being holding off on new PC purchases until news of the Surface Pro's UK release date drops.