This is where the BB10 handset really shines, thanks to its built-in BlackBerry Hub. This aggregates content from almost all the social networking accounts and email clients you can think of. For example, if someone comments on your Facebook status, you can reply to them directly through the Hub without having to open the app.

The Hub not only splits up messages by accounts but is also able to group together all messages into one master inbox. Perhaps the best feature is that you can jump back into your message no matter which app you are using. This is done by simply carrying out a swipe from the bottom of the screen in an upside down L-shape. 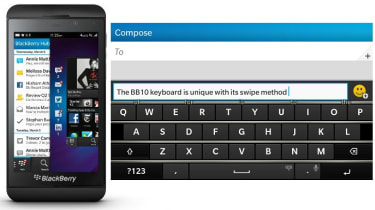 Similarly the keyboard on the Z10 is also well suited to typing out long form emails. BlackBerry has introduced a "flick" system, which allows users to autocomplete a word by flicking up on the suggestions. It's still possible to type in the traditional manner if you wish and the letters are well spaced. BlackBerry claims the keyboard will learn commonly used words overtime to make it even more accurate and faster.

Apple borrowed heavily from Android when it introduced a drop down notification system with iOS 5. This is where messages, email, reminders and appointments will reside. You can also choose whether you want messages/alerts to pop up on the screen when they first arrive. This is done by going to the Settings>Notifications. 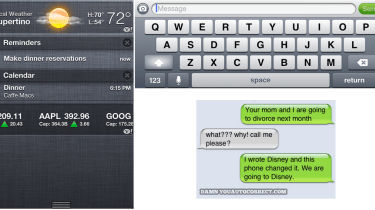 There is no aggregation client built-into iOS so each time you click on a notification it will open up the relevant application ie. Facebook or Whatsapp. This isn't too bad as the apps on the iPhone are the best of any platform.

Out of all the devices, we found the iPhone 5 to have the worst keyboard. The keys are too narrow in portrait mode and it is easy to hit the wrong letter. The infamous auto-correct is another reason why we don't enjoy typing out long emails on the iOS device.

The Windows Phone OS seeks to integrate messaging and social networks into the core of the OS in a manner not dissimilar to BB10.

Emails have their own Live Tile for quick access. Once you sign into accounts for popular social networking services such as Facebook or Twitter these are then synced with the People Hub. When you've got multiple account syncs the updates are then filtered through RSS-style. You can choose which accounts you want to show up at one particular time. 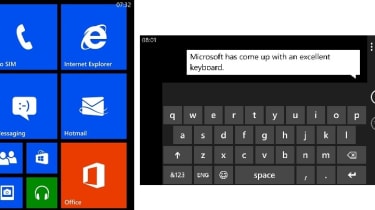 An area we have no qualms about is the keyboard on Windows Phone. This is one of the best on any operating system. Letters are well proportioned and, as the 920 has a large 4.5in screen, it feels like your hands are gliding over the surface of the keyboard.

The devices have similar systems in place as they both run Android Jelly Bean. They rely on the drop-down notification system. However, it is also possible to load up widgets which refresh automatically and can display content such as emails. 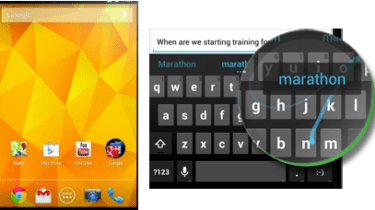 The stock keyboards on Android devices provide a good user experience both the Nexus 4 and the S3 also have a Swipe-like feature which allows users to slide fingers across the letters you want to input, then lift your finger to start the next word. 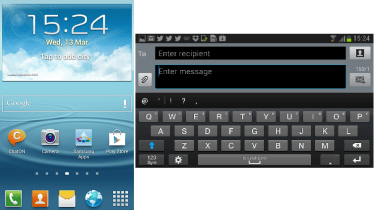 This gesture based typing is probably the fastest way to type on any mobile device as you don't have to hit the spacebar key after typing every word. The cursor will automatically insert a space when you lift your finger to start entering the next word.

Android users can also download SwiftKey, a critically acclaimed message input app. This is available with a one month free trial and costs 1.49 to purchase from the Google Play Store.

We've found the BB Z10 to be the best when it comes to aggregated message content and pushing email. Nothing can really beat the way the BlackBerry Hub is set up and it is excellent for those who want to manage multiple accounts.

From a messaging input standpoint, the BB keyboard is unique, but it's not the best. We prefer the gesture-based typing of the Android keyboards.