All the devices have unique software-based features that could swing the decision to purchase them. Here, we run through the key factors offered by each device.

Everyone is familiar with the simple app icons associated with the iOS software. The platform is devoid of battery sapping widgets and customisation is limited compared to other platforms. 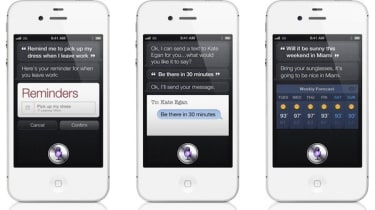 Apple introduced it's own Maps service with iOS 6 - and although this was initially plagued with bugs, the firm seems to be ironing out these flaws. However, Apple has allowed Google Maps into its App Store so it is available if you want it.

The Siri assistant is unique to iOS users. It is able to answer queries, set reminders and carry out dictation, should you choose to use it. However, after the novelty has worn off, it is unlikely you'll use Siri on a daily basis.

Perhaps the best features of the iOS platform is the abundance of excellent apps. The App Store not only has the most apps (800,000+), it also has the best quality apps. Each app is vetted before being released to the public, which helps to keep it a secure platform.

The BB10 OS navigation is completely gesture based. There is no physical home button and there are also a lack of on-screen navigation keys. 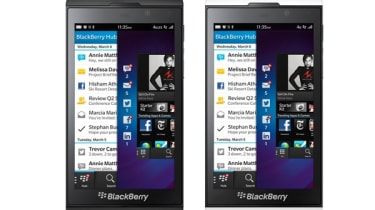 The source to download apps is BlackBerry App World and at launch there were 70,000 apps available. BlackBerry also enables you to download music, films and TV shows directly to your device through the App Store. Carrier billing is also available, so it's possible to pay for small app purchases without having to enter any credit card details.

The BlackBerry Balance software makes could be ideal for businesses who want to deploy handsets - as it enables IT admins to keep work and personal data separated on a device.

Meanwhile, the BlackBerry Protect software is also included - which allow users to lock, track and wipe their device should it be lost or stolen.

Running the Windows Phone 8 OS, the homescreen is made of Live Tiles, which can be moved around, resized and set to push through live updates of status messages, for example.

This level of customisation allows every Windows Phone to look different. The handsets running Microsoft software are also the only ones to currently ship with a dedicated Office app - so if you constantly need to check/edit documents this could be the device for you. 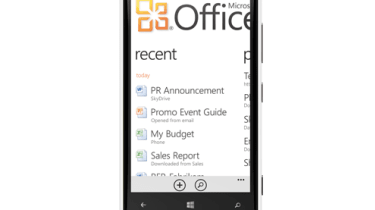 Running a vanilla version of Android - this is the easiest device to customise out of all the devices in the group test. The Nexus branding also means it will be one of the first to receive software updates directly from Google, so you won't have to wait an eternity for your carrier to push out updates. 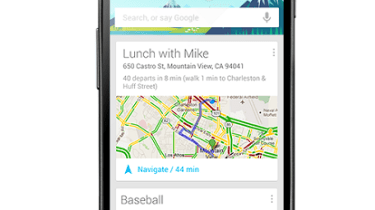 In terms of unique features, Google Now is most prominant. This aims to give you up-to-date personalised information for important things such as travel, weather and appointments. There is also a Voice Search feature similar to Siri which allows you to carry out tasks such as internet searches without typing.

Content-wise, the Nexus 4 has access to a repository of apps, games, music, TV shows and films from the Google Play Store. At present there are 800,000 apps available. If you are a tinkerer - and want to start installing custom ROMs, this is the device for you.

Samsung has preloaded it's own TouchWiz overlay onto Android. The icons are noticeably different to vanilla Android and Samsung has preloaded one of the most irritating sounds onto the device - the waterdroplet - which makes a 'plop' sound everytime you interact with the handset and needs to be turned off pretty much immediately.

On the positive side - Samsung's device also has access to the full Google Play Store and the firm has included a range of widgets and gestures-based features none of the other devices on test can boast. These include:

Smart Stay - This uses the 1.9-megapixel front facing camera to track your eyes. When the phone detects you have looked away from the device, it will dim the display and switch off (depending on length of screen time out), but as long as you maintain eye contact, it will continue at full brightness.

Direct call - Comes into play when you are viewing or writing a text message, browsing a contact or checking a missed call. The S3 will call the person if you raise the device to your ear. The system isn't perfect and we found it to be inconsistent when you are typing message. However, when we were viewing a message, it worked everytime and saved a couple of clicks. 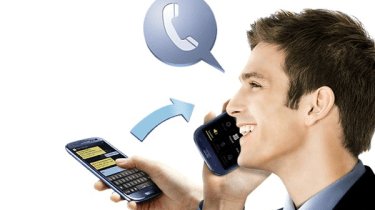 Turnover - Useful for business users who forget to turn their devices to silent when in meetings. If the phone rings, you turn it over to mute it instantly and avoid disruption.

In terms of extras, we'd give the nod to the Lumia 920 as it has the excellent range of Nokia apps and is also the only device to have Office pre-loaded. Samsung's gesture features are a bit too gimmicky as is Apple's Siri assistant.