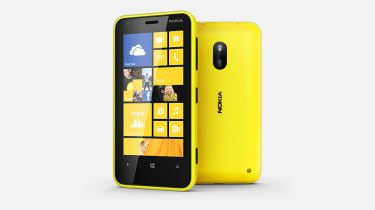 Since it became the preferred partner of Microsoft, most of Nokia's Lumia smartphones have targeted the top end of the spectrum. Remove the Asha feature phones from the mix and concentrate on the Windows Phone market you're looking at a device around the 400 SIM free mark.

However, all that has changed with the Lumia 620 - a mid-range device which has an astonishingly low SIM-free price of 150.

With customisable back covers (our review sample pack included yellow, cyan, magenta, white and a rather vibrant lime green), the Lumia 620 looks anything but conservative.

The screen is small in comparison to other flagship devices on the market. At 3.8in its nowhere near the size we've become accustomed to with the Galaxy Notes and Sony Xperia Zs. 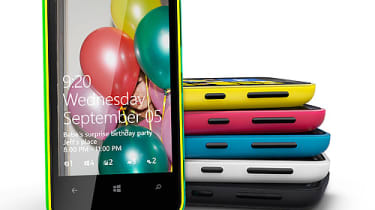 The one place where this is becomes a problem is with the keyboard. When writing emails or text messages, we struggled to tap all the keys with success. The most troublesome letters were those on the edge, such as p' and q', and when we moved our finger slightly to get a response, would end up tapping o' or w'.

For a device costing less than any other smartphone on the market running Windows Phone 8, and with best-in-class specs, the Lumia 620's screen is well-balanced.

It may have a resolution of 480 x 800 pixels, but with Nokia's ClearBlack display, you wouldn't notice it sits toward the bottom end of the spectrum.

Just like the rear battery cover, the homescreen is completely customisable colour-wise too. You can change the size of the tiles, where they sit and even whether they provide live information or not.

Thankfully, Office is pre-installed and this is where we think Windows Phone does come up trumps against its competitors. Everything works seamlessly with the Nokia Lumia 620 if you're an existing Microsoft user. 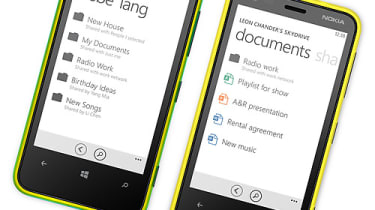 Exchange services are simpler than ever to set up. On other smartphone platforms such as Android setting up email can be a problem. We have to manually set up our Exchange account, entering the incoming and outgoing server, domain and secure protocols. On the Lumia 620, we simply have to enter username, password and domain. That's it and we're ready to go.

Just because it's 150 SIM free doesn't mean it's devoid of any security for business users. Just like the rest of the Lumia range, it has features you'd expect from Microsoft.

The device can be connected to the corporate network, allowing your IT department to remotely lock or wipe data from the device if it falls into the wrong hands. It's also possible to put application sandboxing in place, track and protect devices.

Apps on Windows Phone 8 aren't quite on par with Android some essentials, such as Google Analytics, Google Reader (we haven't found a decent one yet in comparison to those available on iOS and Android) are limited.

Some of the other commonly used functionality in Windows Phone 8 is below par in comparison to Android and iOS. For example, universal cut and paste isn't possible in all apps, only those that come pre-installed such as email, the IE browser and little else.

However, productivity apps like Office come as standard, which is a huge benefit when using Windows Phone over Android. Whether you use Office 365 or SkyDrive, all your documents are accessible in native format and everything syncs wonderfully.