We delve deep into the latest BlackBerry OS. Can it challenge Android and iOS? 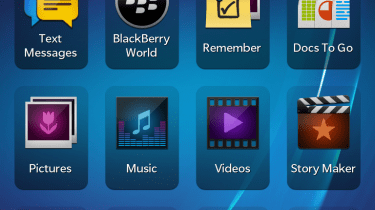 While Android and iOS devices battle it out for smartphone market supremacy, analysts have been busy speculating about whether BlackBerry or Microsoft have what it takes to become the third choice of mobile platform.

Based on what we've seen in the BlackBerry 10 operating system, which made its debut on the firm's Z10 smartphone, it certainly seems like the firm has turned up to the fight all guns blazing.

But has the BlackBerry done enough to convince business and consumer users to ditch their iOS and Android devices and join the BlackBerry bandwagon instead? To learn more about a feature click on the navigation panel on the left hand side.

Update: On 14th May 2013, BlackBerry CEO Thorsten Heins used the company's BlackBerry Live conference in Orlando to confirm version 10.1 of the new BlackBerry OS would be rolling out to Z10 users. He also used the event to talk about how the company had turned its fortuned around as was the only company that truly operated a 'mobile first' strategy as it doesn't have a desktop legacy to contend with.

This article was originally published on 19/03/13.