We take a look at some of the ingenious designs that were showcased at PA Consulting's Raspberry Pi event. 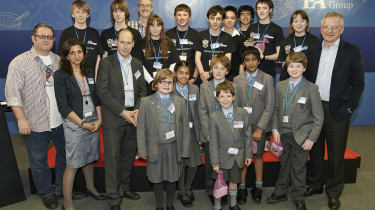 While most of the UK was busy trying to decipher what the Chancellor's latest Budget meant for them on 20 March, down in Cambridge there was something much more exciting going on.

PA Consulting hosted the final of its Raspberry Pi Competition and IT Pro was there first hand to see how the little computer can be used in the real-world.

The aim of the competition was to encourage schoolchildren to build a project using the Raspberry Pi that would "help make the world a better place".

Teams had a budget of approximately 50 (not including the cost of the Pi). There were hundreds of entries, which were whittled down to the final 14 projects. The judges were asked to choose a winner in four categories with prizes including a cheque for 1,000 and a tailor-made Raspberry Pi case.

All the projects showcased were excellent, with the children showing commitment, ingenuity, passion and teamwork. All the ideas had commercial potential too, with the winners in-particular going a long way towards solving real-world problems using the humble Pi.

The best presentation of the day was carried out by the youngest children from The Richard Pate School. Their project was designed to help elderly and disabled people answer their door safely, which can be a burdensome task.

Using the Raspberry Pi with the Piface attachment, the team devised a system which allows users to remotely unlock their front door from anywhere inside their house using a portable keypad. 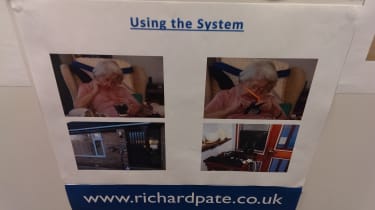 The keypad is also connected to a monitor which can display messages to the person outside the front door. The programming for this was done using the "Scratch" tool.

Here are the kids in action explaining how their system works:

With the limit of 50 the children weren't able to make their device as comprehensive as they would have liked. They may look into upgrading the system so that it includes features such as an intercom, and a webcam. The full documentation can be found at The Richard Pate School website.

One of the biggest teams was from Dalriada School and they created a project which has the potential to helps millions of people, especially those with memory problems.

They used to Pi to power an automatic pill dispenser that can be managed remotely by their GP.

The Pi is synced to a website which logs all the relevant information about the administration of drugs such as the time/dosage. This can be monitored and adjusted by a medical practioner as and when necessary. 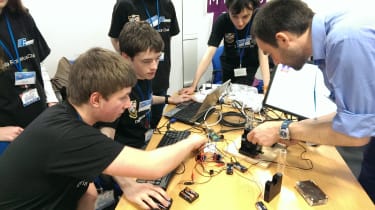 When it is time for a patient to take their medication, the Pi automatically dispenses a tablet and alerts the user with loud buzzer. As a safeguard, the dispenser also has an infra-red sensor. This detects if a pill has not be picked up within a prescribed time and sends a message to a GP and neighbour to alert them something could be wrong. In terms of the dispenser itself, the team created this by attaching motors to the GPIO pins on the Pi. The team originally made a case for the dispenser out of Lego, but a firm then offered to make them a model using a 3D printer and laser cuts cases have also been created.

This has the potential to commercialised and used by medical facilities. There would likely be a long road ahead due to the compliance procedures, but there is a real possibility that this could be implemented in the UK as it is a low-cost tool which could benefit countless people. In the meantime - more details about the pill dispenser can be found here - https://github.com/Dalriada-Robotics/Pill-Dispenser.

There were three projects fighting it out in this category, which was the most closely contested of the lot. Unfortunately there could be only one winner and it was the dynamic duo Alyssa and Tom from Westminister School, who impressed the judges the most.

Their project known as "AirPi" is able to monitor the weather and measure the quality of air using a variety of sensors which are connected to the Pi via a bread-board. Weather stations typically cost hundreds of pounds and sensors to measure air quality are particularly expensive. There is also no way to easily see the data as they need to be connected to computers. 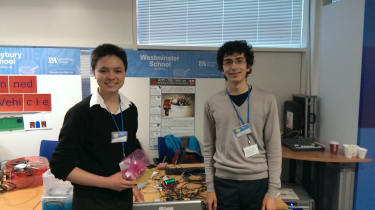 The AirPi eliminates the need to buy an expensive weather station and connect it to a computer manually. The device is able to measure temperature, humidity, air pressure and as well as smoke and harmful pollutants. The information is not only directly uploaded to the internet, but can also be shown in the little display attached to the Pi, making it portable. What next?

The team wants people around the country to build their own sensors so there can be a network monitoring the air quality around the country and even the globe. Instructions can be found on here - https://github.com/tomhartley/Meteoros. The team is looking into the possibility of making ready-made kits at cost-price to help those to get involved.

James Singleton won the open category award with a simple yet effective project that can help anyone monitor energy usage in their house.

The Raspberry Pi is connected up to a wireless electricity monitor which can be purchased from a shop such as Maplin and reverse engineering the communication protocol. Every seven seconds the system is able to transmit energy readings as the monitor is connected to the mains lead this data is then displayed in graphical form and shows you the energy consumption in your house so you can help cut down on your bill by seeing which appliances use the most energy. 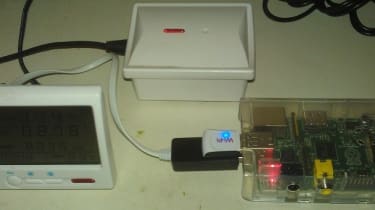 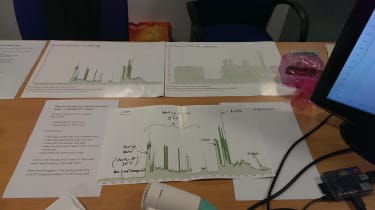 There are no plans to commercialise this project at the moment. The instructions for this kit are available here - http://unop.co.uk/dev/raspberry-pi-electricity-monitor/ - so users can get up and running and see how energy efficient they really are.

Overall, the event showcased just how bright and talented UK school children are and this bodes well for the UK technology sector going forward. Introducing something as simple as the Raspberry Pi into the curriculum would not only help get children interested in technology, but would teach them the vital skills they would need in the real world, which is what employers look for. 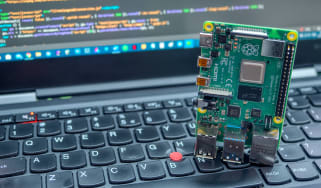 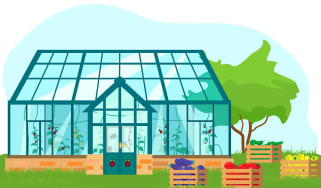 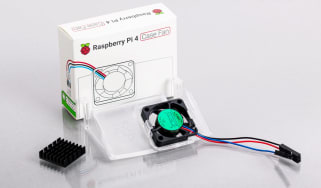