Messaging app claims it's not talked takeovers with search giant. 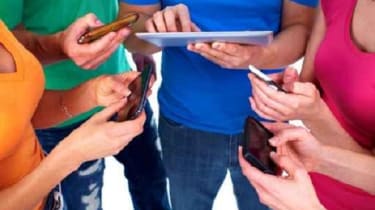 WhatsApp , the developers of the popular smartphone instant messaging service of the same name, has denied rumours that it is set to be acquired by search giant Google for $1 billion.

The app provides cross platform image sharing and instant messaging for smartphone users that allows them to send SMS-style messages for free.

It is also reported to process around 18 billion messages a day, across 750 mobile networks, and is rumoured to make somewhere in the region of $100 million a year in revenue.

A report last week on DigitalTrends.com claimed the WhatsApp team was in talks with Google about a potential $1 billion takeover.

Quoting an "insider source" the report suggested WhatsApp was "playing hardball" with Google in an attempt to drive up the value of the deal.

Since then, a member of WhatsApp senior management team has told AllThingsDigital the company is not in the midst of takeover talks, while Google has said it does not comment on rumour or speculation.

These aren't the first acquisition rumours WhatsApp has been subject to, as the firm was also reported to be in discussions with social network giant Facebook last December about a possible takeover.

The claim was later denied by WhatsApp, who described the reports as "not factually accurate."