Updated: Visual voicemail, revamped messaging and enhanced multitasking are just some of things we'd like to see. 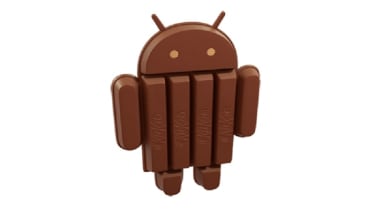 Google has confirmed that Android 4.4 KitKat will be the next edition of the world's most popular smartphone operating system.

The next version of Android was widely tipped to be known as Android 5.0 Key Lime Pie, but after some deliberation Google opted for a more recognisable name confirmed the change after reaching a deal with Nestle.

Features and release date of Android 4.4 KitKat are yet to be released, but the mobile OS is expected to arrive before the end of the year, mostly likely debuting on the next Nexus branded handset.

IT Pro has compiled a list of 12 other improvements we'd like to see in Android 4.4. Do you agree?  Are there any features you'd like to see Google introduce? Let us know below.

Despite its popularity, security is still a core problem for the Android platform. This is primarily down to the Google Play store being a infiltrated with apps containing malware malware, but isn't the only cause.

Most recently, Bluebox Security discovered a "Master Key" flaw, which means that 99 per cent of devices vulnerable (900 million) can be hacked. A patch is being rolled out as we speak, it's another major sign that Google needs to do more to ensure its devices are safer.

11. Performance profiles We've already got the ability to toggle between silent and flight mode, but enhanced profiles which can be customised to alter the performance levels of the device will be invaluable as they can help to save battery life or boost CPU speeds for complex tasks .

OEMs such as Motorola and Samsung already offer users things such as Blocking Mode and Smart Actions, respectively. We would like to see Google step up and offer a variety of modes built into Android, especially for its Nexus range. These will allow the user to save battery overnight, turn up performance when carrying using the device for gaming/multimedia and settings for in between.

There are apps which provide this service in the US, but there is little love for users in the UK.

Google and its OEM partners should use their close ties with carriers to kickstart this service in the UK. A native app would be useful to people who are frequently in meetings as they can quickly check whether a voicemail they have received is urgent.

Google Now was introduced in 2011 as part of Android Jelly Bean 4.1, but it's usefulness is largely restricted to the US.

In the UK, the software primarily functions as a reminder tool for events you may have and is always on hand to show you how long it will take to get home from any given location. We expect Google to make some more partnership announcements, which will extend the usefulness of Now outside of the grand ol' USA.

8. Ability to turn off OEM skins on any device

When Android 4.4 KitKat launches, it is expected to arrive on a brand-new handset carrying Google's 'Nexus' branding.

Likely to be dubbed the Nexus 5, this smartphone will ship with the vanilla version of Android, and will be developer friendly. OEMs such as HTC, LG and Samsung will place their custom skins over the top of Android KitKat when it is released on their handsets to differentiate them.

It would be good if Google built-in a master switch into Android, giving users the choice to switch off these OEM skins without having to root devices.

The chances of this happening though are virtually zero. OEMs such as HTC and Samsung add features which will only work with their respective skins active, and they are not going to want to let users disable them. Google is unlikely to pull rank on its partners too as it feels that one of the strengths of the operating system is its customisation.

Kids Corner was a useful feature that Microsoft introduced in the Windows Phone 8 OS. Microsoft effectively built a sandbox into the mobile OS, allowing users to lockdown sensitive information like emails, while allowing kids to access features such as games. It would be good to see Google incorporate a similar feature into Android.

BlackBerry built-in its Balance feature into Z10 smartphones. This allows IT admins to separate business and personal data and means that employees cannot copy sensitive information from one side to the other. It also means when a user leaves an organisation, the business side of the handset can be wiped without affecting the personal information.

Samsung is already trying to make inroads into the enterprise by launching a Secured Edition of Android known as Knox. This aims to replicate the functionality of BlackBerry Balance, so it is possible to do so.

You'd expect a simple feature like this to be included in a comprehensive system such as Android, but it has yet to materialise.

With the firm's extensive mapping service, and GPS included into handset, it shouldn't be too much of a stretch for Google to build this functionality into the heart of the OS.