iOS 7 is now available on supported devices, as of 18 September, but some users have experienced problems downloading it. 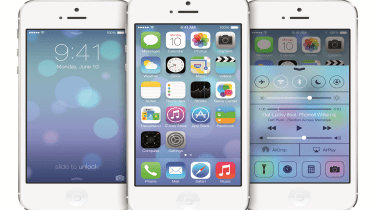 7. Refreshed interface/customisable skins The iOS interface has been the same since day one and is due an upgrade. While we don't think Apple will carry out a complete overhaul of the interface, refreshed icons and new ways of navigating could be more likely.

We'd also like to see Apple offering users different themes that can be applied without having to go to the App Store, so users can customise their handsets.

6. Widgets/Interactive icons Apple has been an opponent of widgets, claiming they are not necessary when you have apps.

The firm is unlikely to start rolling them out. Perhaps, it is more realistic that it will introduce interactive icons where a long press on will bring up a preview of the app so you can quickly glance at the latest email, for example.

This would prevent users from having to go into the "Settings" menu to execute simple commands such as turning on/off Wi-Fi, Bluetooth and GPS connections.

4. Improved multitasking iOS doesn't quite have full blown multitasking, which is also available in Android. Apple has stuck with "app switching", which allows users to cycle between open apps after double tapping the home button.

This isn't that intuitive and we'd like to see Apple offering up full app previews. We'd also like the ability to run two apps side-by-side on devices such as the iPad. Being able to browse the internet and read email, for example, would be an invaluable feature.

3. Actionable notifications Instead of having to open up full applications when you receive a notification such as a text message, it would be great to be able to tap a "reply", quickly fire off a response and get back to what you were doing. Similarly it would be good to have an "accept" button in the notification.

2. Battery saver mode The battery life on the iPad has generally been strong, but the iPhone has been plagued with issues.

A battery saver mode that automatically kicks in when the level hits the 20 per cent mark would be ideal. Better yet, would be a system that allows users to optimise performance when the battery is low.

1. Enhanced keyboard The keyboard has long been the worst feature of iOS devices. It's too basic, and simple tasks such as changing the position of the cursor or copying and pasting can cause frustration.

There are many concept videos out there, but it's these additions to the iOS keyboard, from Daniel Hooper, which we would like to see most: