Five easy steps to boost the functionality of your BB10 device. 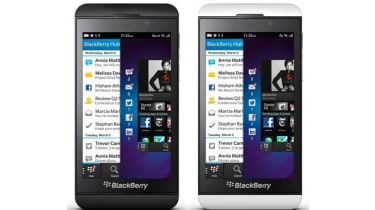 If you've splashed out on a BlackBerry 10 device in the form of a Z10, Q10 or even have a PlayBook tablet knocking around and you're worried about the lack of apps, fear not.

It's possible to load many popular Android apps onto your BB device through a process known as "side-loading". This may sound ominous, but it is easy and best of all NO jailbreaking or rooting is required.

Why is this possible? Back when BlackBerry launched its PlayBook tablet in 2011 the firm was aware there would be a critical shortage of apps. As a stop-gap the firm stated that it's BB10 platform (then called QNX) would be able to run 70 per cent of the apps in the Android store.

Fast forward to today and BlackBerry still allows users to load up Android apps as it builds out its own repository.

What do you need?

Access to the Chrome web browser and web store

How to do it in five steps:

Take your device and turn on Developer mode. To do this go to Settings > Security and Privacy > Developer Mode.

Flip the switch to one and you will be asked to enter a password remember this as you will need it later. Leave your phone in this menu as there is also a Development IP Address which you will need. 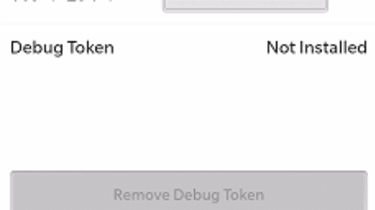 Connect your device to your PC using your micro USB cable.

Now Open up the Chrome Webstore. Search for the PlayBook App Manager and install. Don't worry about the name, it will work for all devices that are running the BlackBerry 10 operating system.

Enter the Development IP Address in the box and click save. Then click on the IP under where is says Manage your device.

You may receive an SSL error in the Chrome web browser. Click Proceed Anyway. You'll be prompted for the password you entered earlier, and you'll make it to the Console Manager. This lists all the apps which are on your device and allows you to install new ones. 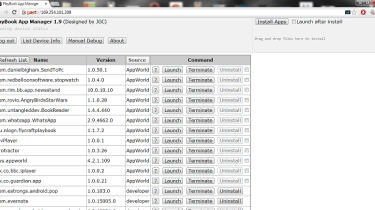 3. Make sure Java is installed

You're going to need to make sure Java is running on your machine for the App Manager to work. If you don't have it Java can be downloaded here.

Now you're going to need some apps to put onto your device. The Good E Reader site has a good repository of Android apps that have been converted to use on BlackBerry devices.

You'll need to download files with the extension .bar for your BlackBerry device. Avoid downloading any .apk files as these will not work. 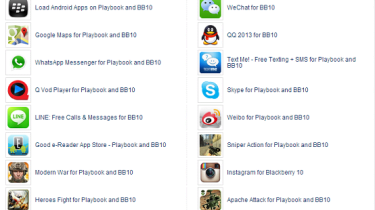 Download the code for the apps you would like and make a note of which folder they are saved to. So far we've downloaded the Dolphin and Skyfire browsers, Netflix, Evernote, ES File Explorer Flipboard, Google Maps and Google Translate. We've also installed Instagram, but on opening the app says it needs to be upgraded.

Open up file viewer and simply drag the files into the BlackBerry App Manager which is open in your Chrome browser.

The installation of the apps will start immediately and is variable depending on the size. It should take a minute or two. The icons will appear immediately on your BlackBerry device and you can start using them.