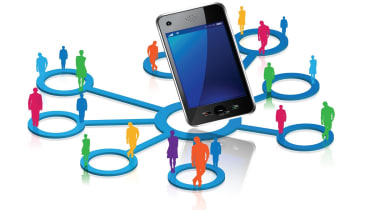 The volume of messaging traffic sent and received by over the top (OTT) services, such as Skype and WhatsApp, will be twice that of SMS services by the end of 2013.

That's according to recent data from market watcher Informa Telecoms and Media.

Its findings suggests 41 billion OTT messages and 19.5 billion SMS-based missives will be sent every day by the end of this year, despite fewer people having access to instant messaging apps on their devices.

The company claims there were around 3.5 billion SMS users in 2012, compared with 586.3 million OTT subscribers, with the former sending around five messages a day, while the latter rattled off a daily tally of 32.

Despite the figures, Informa claims it is unlikely that OTT services will kill off SMS messaging any time soon, as the use of both is predicted to rise well into 2016.

The analyst flagged three main drivers for this growth, including interoperability issues between the different OTT services.

"The adoption and use of OTT-messaging apps is far from universal," said the company in a statement.

"Although there are multiple OTT-messaging communities within which mobile users can message each other for free, OTT-messaging users typically use SMS when communicating with non-OTT users; and SMS is starting to hit its stride in the enterprise mobile messaging market."