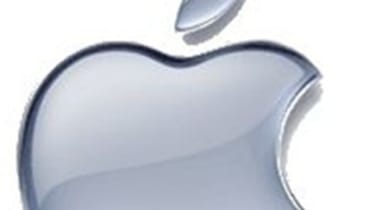 18:52Now time to talk MacBook Air. "It gave us direction of where the notebook could go," says Phil Schiller,senior vice president of worldwide marketing atApple. He talks up a new line of MacBook Air unveiled, featuring all-day battery life. Based on Haswell ULT Intel fourth generation processor. The 11inch will go from five hours to nine hours battery life and the 13inch will leap form seven hours to 12 hours of battery life. Also features 802.11ac, which gives up to three times the performance of 802.11n.

18:48Federighi demos the new-look calendar and says it has continuous scrolling and despite the lack of stitching it stays on the screen just fine.

18:45iBooks is now available for the Mac, giving access to the 1.8 million books in the library.

18:43New notifications functionality means you can respond to messages and so on without having to open the relevant app. Could be a great time saver but could also prove a massive disturbance... And your Mac will tell you everything you missed while away (when waking up from standby) right from the lock screen,Federighi says.

Calendar has also been improved. Has a different look. "Now cows were harmed in its making," Federighi jokes, in a nod to the move away from the leather-bound look.Facebook events can be integrated into calendar and a new tool is aware of travel time, location and weather. Impressive.

Maps up next. Lots of improvements here too to benefit Mac users,Federighi says. Turn by turn directions, fly overs, and you can set up a route on your Mac and send it right to your iPhone where it will appear on the lock screen. Upon unlocking the iPhone it opens up on the location app. New developer SDK is available to help make most of this function, saysFederighi.

18:40"And that's Safari in Mavericks. I think you're gonna like it," Federighi adds, before talking about iCloud Keychain...This will remember your passwords for you as well as auto suggesting. Sounds great in theory but users may want extra convincing re security so it doesn't also help the bad guys.

18:37Federighi shows off more power-saving features, including powering up and down depending on what you want to be active. He says this will really help to preserve battery life.

18:32Mavericks will use up to 72 per cent less CPU. Also has up to 1.5x improvement in waking the system up from standby. Safari now... Federighi says Safari has been easy to use and innovative. New feature called Shared Links where you can see links of all the people you're following on Twitter etc. Also boasts many other improvements such as power saving, shared memory resource cache and so on. JSBench JavaScript benchmark shows a 3X improvement over Chrome and Firefox. And uses 'way less' energy than Firefox and Chrome, Federighi adds.

18:27Federighi demos the new features. They're pretty impressive and could prove a real boon for business users. Are they enough to temp the Microsoft-loyal away though?

18:25 OS X Mavericks is focused on responsiveness and extending battery life and is designed with power users in mind. Finder tabs are showcased, meaning you can draw multiple windows together and drag content and hover across tabs. He then moves on to tagging. This means you can tag documents whether in iCloud or local file share and they will be brought together and appear in the Finder.

18:22Craig Federighi, senior vice president of software engineering, ison stage to talk about OS X. Jokes about running out of cat names... Announces OS X Sea Lion but says he's joking. He adds he wants names that will stand them in good stead for the next 10 years and has looked to the home of Apple - California - for the new name. OS X Mavericks it is!

18:20Some 28 million copies of Mountain Lion since it launched, making it best release of all time. Cook can't resist dig at Microsoft and Windows 8.