A mid-range BlackBerry 10 handset, which sports a new-look keyboard. 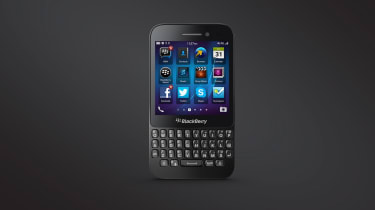 BlackBerry's attempt to regain market share using its revamped BB10 operating system has got off to the best start. However, the firm hasn't given up hope of rekindling former glories and has released the Q5, the first mid-tier device in this range.

The BlackBerry Q5 follows in the footsteps of the Q10 by pairing a Qwerty keyboard with a touchscreen. But has BlackBerry made too many sacrifices in terms of build quality and specifications to keep the cost down?

Where the full touchscreen BlackBerry Z10 marked a radical departure from the form factor the company built its name, the Q-series treads a familiar track.

The Q5 consists of a full 35 key chiclet-style Qwerty keypad. The woven glass and aluminium used to in the high-end Q10 have been jettisoned in favour of plastics but the Q5 still feels well built. With dimensions of 120 x 66 x 10.8mm, the device is smaller than the Q10 as well. It's 20g lighter too (120g). 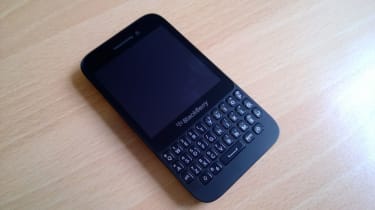 On the front facia you'll find a 3.1in display sitting above the physical keyboard and although there seems to be quite a gap between where the screen ends and the keys begin, this is not wasted space. BlackBerry 10's user interface is navigated via a system of gesture controls and the bezel around the screen allows you space to initiate swipes, and prevents them being activated accidentally.

The 5-megapixel camera unit flanked by an LED flash is positioned in the top right hand corner of the rear casing - but it doesn't quite live up to the standard of the iPhone 5 or Lumia 925.

The most noticeable difference between the Q5 and the Q10 is the keyboard. BlackBerry has chosen to adopt a chiclet design so there are noticeable gaps between the letters. Although the Q5 may not look as nice as the Q10, the spacing does help to eliminate accidental key presses.

The Q5's keyboard does feel creaky in comparison, lacking the same premium feel as the Q10's effort. But it's an acceptable trade-off. 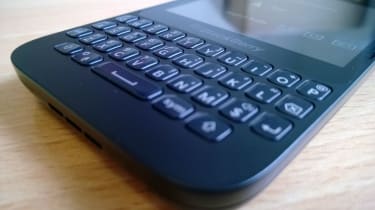