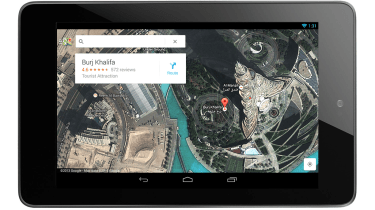 Google is rolling out the latest version of its popular Maps software for Android and iOS smartphones and tablets.

Key enhancements include improved navigation, a new feature dubbed Explore and revamped ratings system. This is also the first edition of Google Maps that will have dedicated apps for Android and iOS tablets.

"It's a new mapping experience that makes exploring the world and getting to the places that matter to you a lot faster and easier. The app is gradually rolling out globally in Google Play and will be available soon in the App Store."

Google has added two features to help you avoid getting stuck in traffic. Users can see reports of problems and the app even aims to provide details of incidents. When travelling to a place, Maps will also alert you if a better route becomes available and re-route you to your destination faster. This feature will initially be available on Android and will come to iOS at an unspecified date. 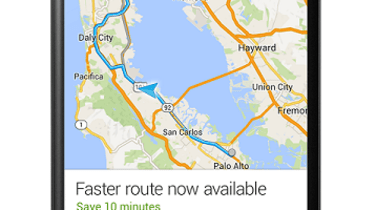 Explore allows users to see restaurants, bars, hotels and shops in their vicinity without the need to type anything. When users click on the search box they'll be presented with cards containing all the information visually.

"Helping you find great places is what we love to do. And as more of us use mobile phones and tablets in our daily lives, information that's useful to you isn't just about what you need, but also where you might find it," Graf continued. 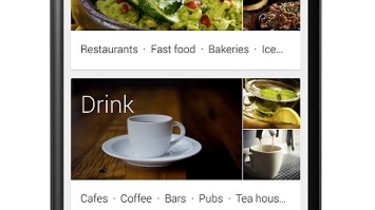 The offline maps feature for Android has been tweaked. When users want to save a map to view later they can type or speak "OK Maps" into the search box and it will automatically be cached.

Google has included a revamped five star rating system in Maps, so users can see how friends and colleagues think of places like restaurants and cafes.

The web giant has also integrated the Zagat into the search box this aims to provide expert opinion and curated lists so users will be able to see things such as "best restaurants" at a glance, for example. 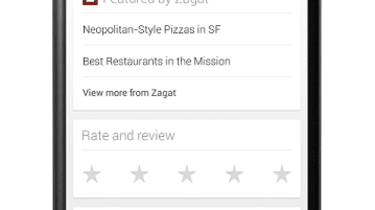 Finally, the ability to check-in has been removed from the latest edition of Google Maps app, and will be retired from all other versions on 9 August.

"We understand some of you still want to see your friends and family on a map, which is why we've added location sharing and check-ins to Google+ for Android (coming soon to iOS)," Graf added